Five Car Gadgets to Watch Out For

Home » Five Car Gadgets to Watch Out For

Five Car Gadgets to Watch Out For

The automotive industry is never one to rest on its laurels. The consumers demand too much, the competition is too fierce and there’s just too much fun to be had for car manufacturers to sit idly by without creating new and interesting car additives. Of course, here at CarHub we keep our ear to the ground about what’s new and exciting in the world of cars and the rumblings about innovative gadgets are plentiful. Since you’re busy and keeping up with cars is more likely your hobby than your job (it’s both things for us) we’ve created a brief rundown of some of the automotive items coming down the pipeline that are worth getting excited about.

One innovation that we’re likely to see coming down the pipeline soon is EV charging pads for your car. It may sound a little bit outlandish but it’s no different from the cell phone charging pad that currently exists in so many new vehicles today, just on a larger scale. The premise is the same; place the battery over the charging pad and let it get a charge, no cables required.

BMW and Jaguar have both teased this feature already but a new standard released by the Society of Automotive Engineers is likely to kick it into wider public view. The SAE standards provide a baseline for all manufacturers to adhere to, which will open doors for this technology to become widely disseminated across brands.

Get ready to say goodby to gas stations forever, rolling over the charging pad is all you’ll need to do! 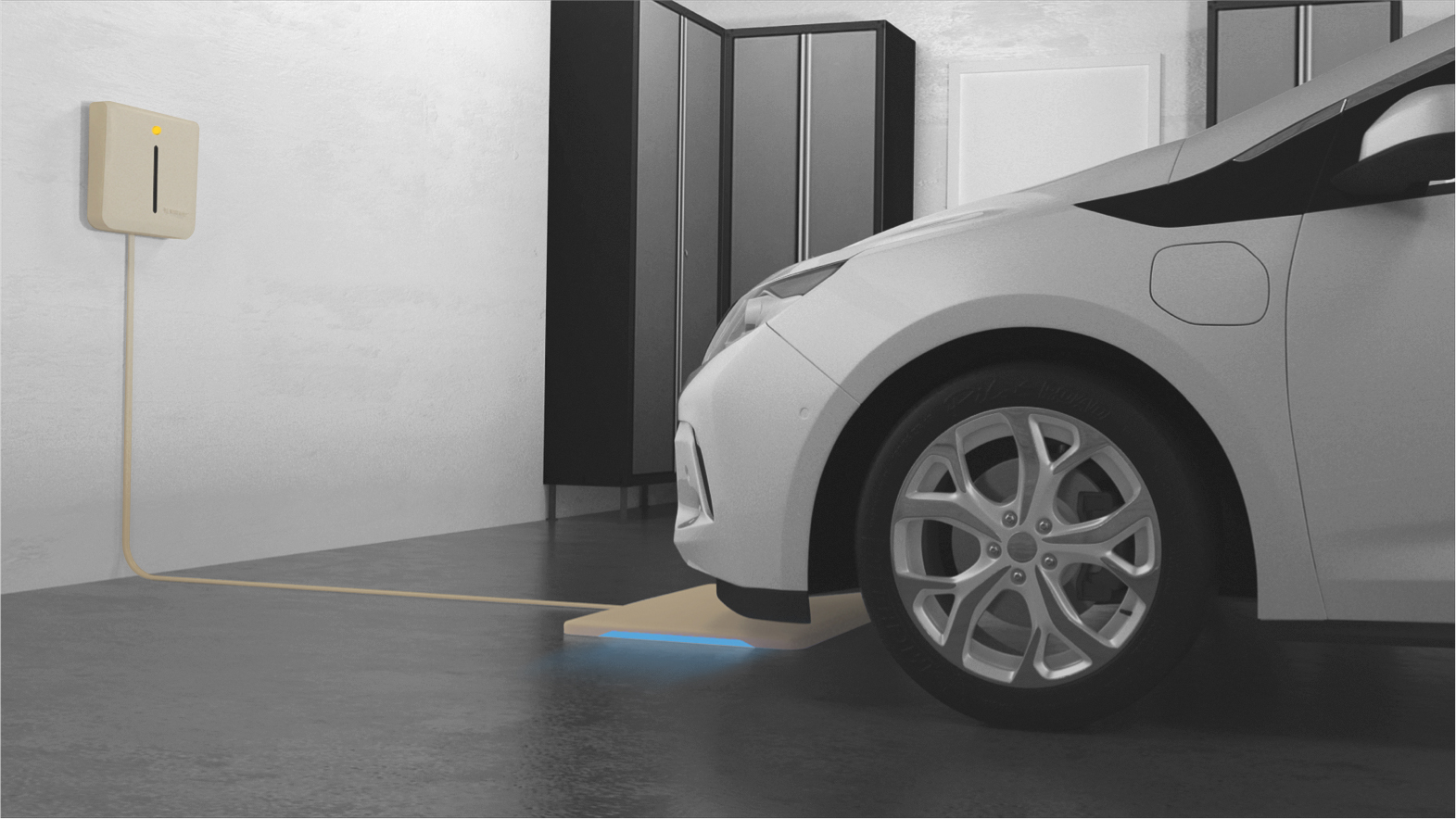 Continuing with the sorely overdue trend of the green revolution in the automotive industry is the solar roof. Though charging stations and electric vehicles are a step in the right direction, they still need to utilize our overused electrical grid. So why not harness one of the earth's greatest natural resources? Seems like a no-brainer, right? The logic of it is so sound that it’s kind of amazing that it’s taken this long to happen. That’s right, we’re talking about solar power generating roofs on vehicles.

This technology has been around for a while - The Nissan Leaf offered photovoltaic panels as far back as 2011- but the technology hasn’t gained ubiquitous traction because of...well, it’s anyone's guess.

That may be set to change in 2021 with Hyundai including a solar panel on its roof. The added boost of solar energy gives the Sonata’s battery pack up to 60% more juice over the course of a drive.

To add to the charge (get it??) toward solar energy boosters, Tesla has announced that it will also be adding a solar energy roof to their Cybertruck. When Tesla’s onboard, you can bet that you’ll start to see the automotive industry take note to such a degree that solar roofs become the norm rather than an outlier. 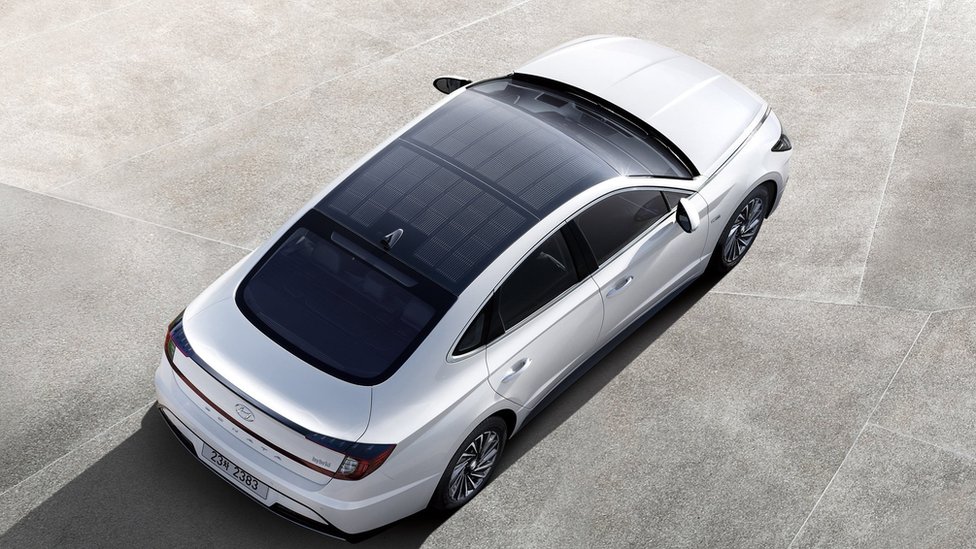 Who needs keys when you have a cell phone? For that matter, who needs to carry anything else with them when they have a cell phone? If your wallet has been rendered redundant by the computer in your pocket, why wouldn’t your car keys be more of the same?

Car manufacturers are betting that they will. As Bluetooth technology has become standard equipment in vehicles, the idea of unlocking your car doors or starting your car with your cell phone or smartwatch is not so far-fetched.

It is so far from far-fetched, in fact, that Apple already includes the functionality directly in its latest iOS. Once your phone has been added as the digital key for your car, you can ditch the fob and the keys. You can even share the capabilities with anyone else who has the app, which will save a lot of headaches for families who are often on a hunt for the keys from whoever used the car last.

BMW is the first manufacturer that has integrated this technology into their vehicles to allow the Apple system to work but this innovation is just so practical that other car makers can’t be far behind. 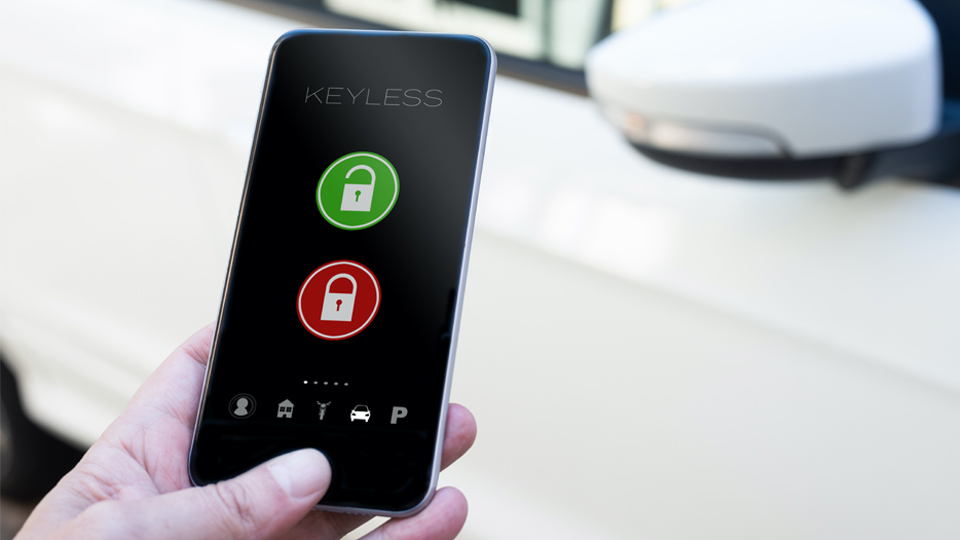 How many times have you left home, hopped in the car and thought from the road, ‘I didn’t lock the door!’ or ‘I left all of the lights on!’ or ‘Did I leave the stove on?’

If you’re anything like me, the answer to that question is, ‘many’. Well, what era are we living in here?? It’s time to step into the twenty-first century and get us some smart home integration!

Digital assistants that control the hardware of our homes are nothing new but their scope is ever-expanding and their integration with automobiles is going to become standard equipment sooner than later.

General Motors and Cadillac have already partnered with Amazon to allow users to operate Amazon Alexa from their cars. Your car becomes the conduit for your commands with Alexa along for the ride. Want to turn the lights on before you get home? You can! Want to get the oven heated up for some dinner prep? You can! You can remotely operate any device that you’ve made compatible with Alexa from the comfort of your vehicle. And just because GM and Cadillac are early on this trend, we’re confident that other manufacturers are soon to follow.

Modern cars are laden with sensors and gadgets that do everything that they can to keep you informed about what’s going on out there on the road. They’ll tell you the temperature, they’ll warn you if it looks like you’re in for some slippery conditions and they’ll let you know if your tires are underfilled.

GPS features will continue to play into how we drive in the future with real-time data being relayed about road conditions. For instance, hitting a treacherous patch for black ice will become a thing of the past as GPS automated sensors will deliver new streams of information that will be able to tell you what the road ahead holds in store.

Combine that with AI learning that will learn where and how you adjust your steering and offer corrections for you - like automatically swerving around that pothole near your place, for instance.

More GPS means more automation which means fewer headaches for you as you fire on down the road. 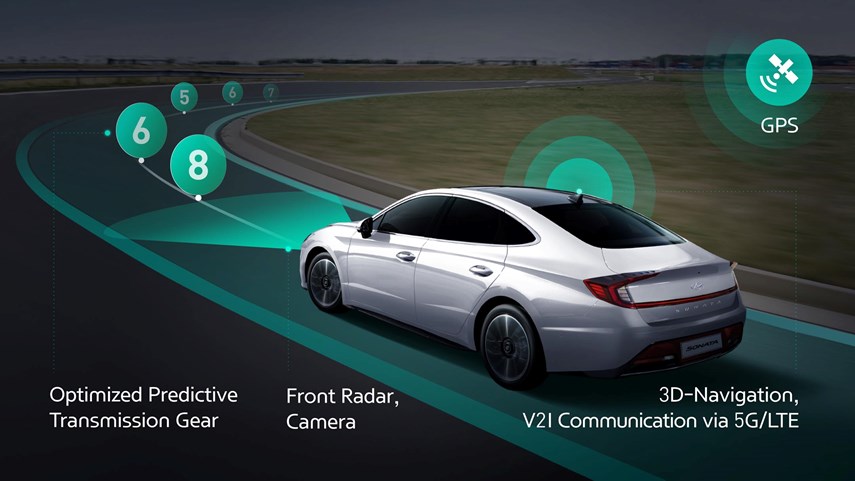