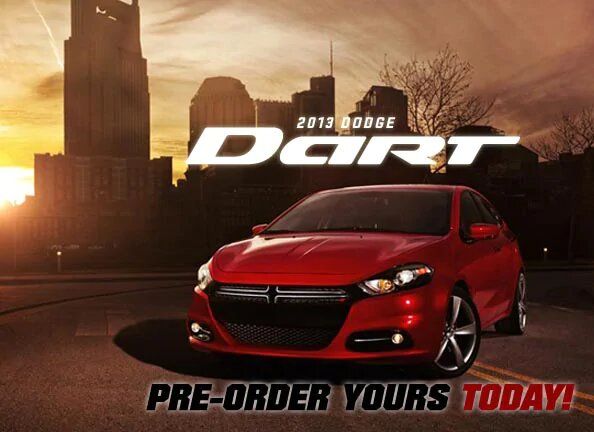 Includes all SE features plus:

The 2013 Dodge Dart, which will be assembled in the first half of 2012 at Chrysler's Belvidere, Ill., plant, will have a variety of four-cylinder engine options, including a new, improved version of the 2.0-liter and 2.4-liter World Gas Engine known as Tigershark.

The Dodge Dart will debut with a Fiat-derived 6-speed dual-clutch front-wheel-drive transmission but will be available later with a new 9-speed transmission coming from ZF Group. The latter will be built in South Carolina.

Dodge redefines performance in the compact car segment with an all-new, state-of-the-art four-door sedan delivering class-leading aerodynamics. The all-new 2013 Dodge Dart is a thoroughly modern vehicle that's fuel-efficient, beautifully designed and crafted, agile and brings fun back to driving in the segment. 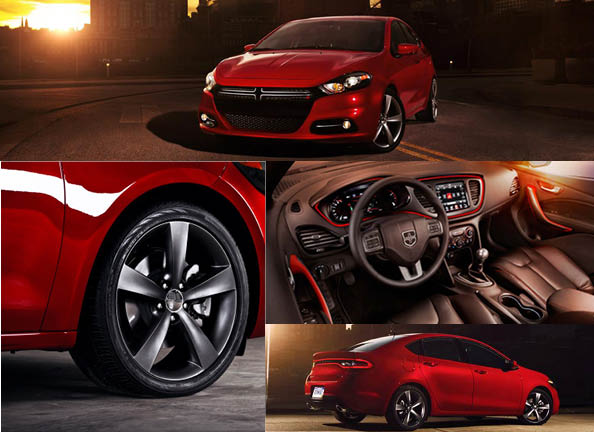 The all-new 2013 Dart delivers unmistakable Dodge design that builds upon its performance heritage while evoking emotion, efficiency and fluidity of movement. Eye-catching exterior proportions are set off from every angle by dynamic lines and curves, along with advanced technology, to deliver class-leading aerodynamic performance.

The all-new Dodge Dart blends Alfa Romeo DNA & Dodge's passion for performance.  Dodge Dart is adapted from the award-winning Alfa Romeo Giulietta.  The Giulietta is renowned for satisfying the most demanding customers in terms of road-holding, agility and safety, with exceptional driving dynamics. The Dart leverages all of these attributes within a lengthened and widened platform delivering segment-leading levels of interior roominess.

The 2013 Dodge Dart will be powered by three fuel-efficient, powerful, state-of-the-art four-cylinder engines that add to Dart's fun-to-drive quotient and provide the most diverse powertrain lineup in its class. Choose from a new Tigershark 16-valve 2.0-liter, a 16-valve 1.4-liter MultiAir® Intercooled Turbo, and a new Tigershark 16-valve 2.4-liter MultiAir® four-cylinder engine.

Starting with advanced high-strength, hot-stamped steels, Dodge Dart offers an incredibly stiff overall structure and a safety cage with outstanding protection. Along with an unsurpassed 10 standard airbags+, reactive front head restraints+, and available options like Blind Spot Monitoring+ and class exclusive Rear Cross Path Detection+, the 2013 Dodge Dart is among the safest vehicles in its class.

The Dart debuted in 1960 as a smaller car for the brand, and sold more than 622,000 units in its first three years of production, according to the Chrysler-centric site Allpar.com. Available with a variety of engines, including Chrysler's popular "slant six," the car sold well throughout its 16-year run, and was one of Chrysler's first unibody vehicles.

Dodge last used the name in the 1976 model year in the United States, though sales of international versions of the Dart continued until 1981.

The historic Dart came in a wide variety of configurations, from an economy version to high-performance versions called "Swinger" and "Demon" in the early 1970s that featured a 340-cubic-inch V8. 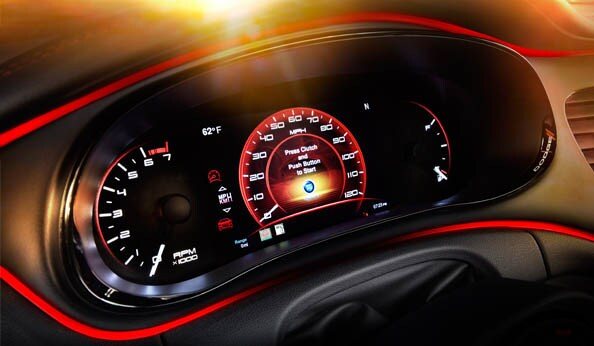