It's hard to think of a time when SUVs were more popular than they are right now, which is why there are so many exceptional vehicles to choose from. Two that are likely to figure high on most buyers' lists are the 2016 Jeep Grand Cherokee and the 2016 Toyota Highlander. To help you decide which ones deserve your attention most, here's a head-to-head comparison of the two. 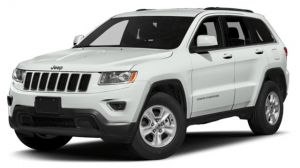 The first thing that hits you when you see the Grand Cherokee is how handsome it is. This award-winning SUV has changed a lot over the years in terms of appearance, but it's hard to think of an occasion when Jeep has got anything wrong with its styling. The 2016 Grand Cherokee still retains that unmistakable presence that's so important in a vehicle of this type, but it's also adopted a lot of carlike styling cues that keep it looking fresh and current. The interior has always been a strong point for this Jeep model, and the 2016 version is no exception.

The latest 2016 Toyota Highlander has a clean-looking exterior, but it can easily be accused of being more than a little derivative and it certainly isn't the attention-grabber that the Jeep is. The interior of the Highlander is very carlike with plenty of storage, but every feature appears to have its own hard buttons rather than virtual, on-screen ones and that can make the Toyota's interior feel a little aged.

The engine situation is probably the most complicated aspect to compare between these two. While many vehicles offer similar choices of engine options to their direct rivals these days, that's definitely not the case here. While the Grand Cherokee gives you four different engines to choose between, the Highlander only has two. Although the Toyota does offer a hybrid and the Jeep doesn't, the Grand Cherokee gives you three gasoline engines and a diesel, which should be more than enough for most buyers.

The Grand Cherokee's diesel engine really is worth a closer look too as it delivers a superb mix of economy and capability that's hard to ignore. It's a 3.0-litre V-6 EcoDiesel that develops a very useful 240 horsepower, but an incredibly capable 420 lb.-ft. of torque.

You don't have to be a math, physics or engineering genius to realize that all the extra power at your disposal with the Jeep Grand Cherokee translates into more capability when it comes to towing a trailer. The maximum weight you can tow with the Toyota is a modest 2,268 kg with the 3.5-litre V-6 and just 1,587 kg with the Highlander Hybrid. There's a real gulf between the two here then, as the Grand Cherokee in V-6 form can tow as much as 2,812 kg, while other variants up the ante to a seriously capable 3,265 kg. Considering how often SUVs are used for trailering, this is a real slam-dunk for the Jeep.

The 2016 Jeep Grand Cherokee is a better-looking and more modern-feeling vehicle than the 2016 Toyota Highlander, even though the Toyota has an available hybrid variant. The Jeep is a little smaller than the Toyota, but that means it's more maneuverable than its Japanese rival and we've seen just how much more powerful and capable the Grand Cherokee is. 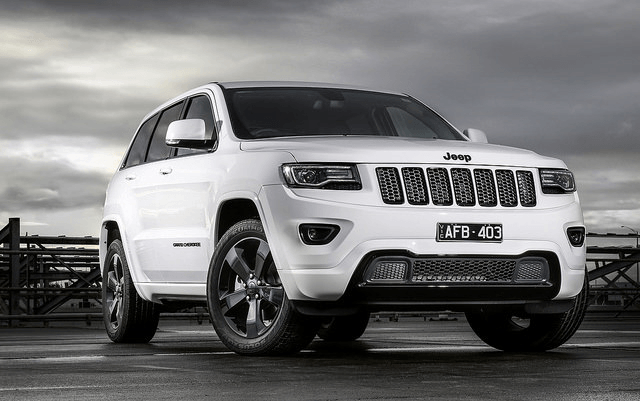 The Jeep also gets top marks for standard and available features and equipment, which makes it look and feel a lot more expensive than it is, and at the same time makes it seem a little more upscale than the Highlander.

Now we've established that the 2016 Jeep Grand Cherokee is a much better choice than the 2016 Toyota Highlander, check out our current inventory on the website and contact us to arrange a test drive in the fabulous 2016 Grand Cherokee.