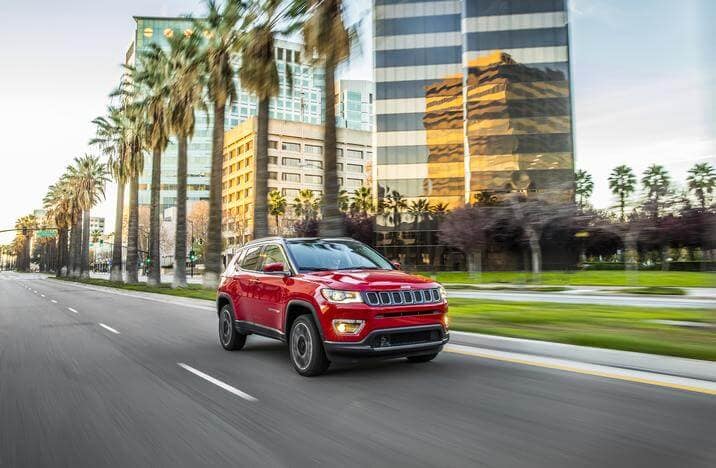 If you're a manufacturer thinking of launching a new compact crossover into the market, you'd better have a team of designers at the top of their game these days. With new models as individual and striking as the 2017 all-new Jeep Compass and the 2018 Toyota C-HR, the style bar has been set pretty high. But are they all style and no substance? To find out, let's compare them in a head-to-head to see which compact SUV crossover you should choose.

The 2017 model year started off with a carryover of the 2016 Jeep Compass, but it wasn't long before we were treated to this all-new model. It's still a 2017 model year, which could become confusing in years to come, but the looks of this all-new model is very much in the vein of a small Grand Cherokee. If the previous generation was considered a bit of an ugly duckling by some commentators, the new Jeep Compass is definitely a beautiful swan.

If you like modern and futuristic, you'll love the new Toyota CH-R. Originally intended as a Scion, the CH-R is as cutting-edge as crossover design gets right now. It's every bit as radical as Toyota's luxury Lexus RX and NX models, if not more so. It won't be to everyone's taste though, so the more conventional new Compass gets our vote in the style stakes.

There's just one engine in the new Compass lineup, which is the familiar 2.4-liter Tigershark MultiAir inline-four that develops 180 horsepower and 175 lb.-ft. of torque. It's available with the choice of a six-speed manual, a six-speed automatic or even a nine-speed automatic transmission, and there's also the choice of front-wheel drive or four-wheel drive. But this is where these two compact crossovers really do start to diverge from each other. There's also just the one engine available with the Toyota CH-R, which is a 2.0-liter, four-cylinder unit offering a very modest 144 horsepower and 139 lb.-ft. of torque that comes mated to a CVT transmission. Although European and Japanese markets have the option of all-wheel drive, that's not the case in North America so the CH-R is front-wheel drive only. That sort of brings into question the crossover credentials of the CH-R, so that and the underpowered engine hands another win to the Jeep. 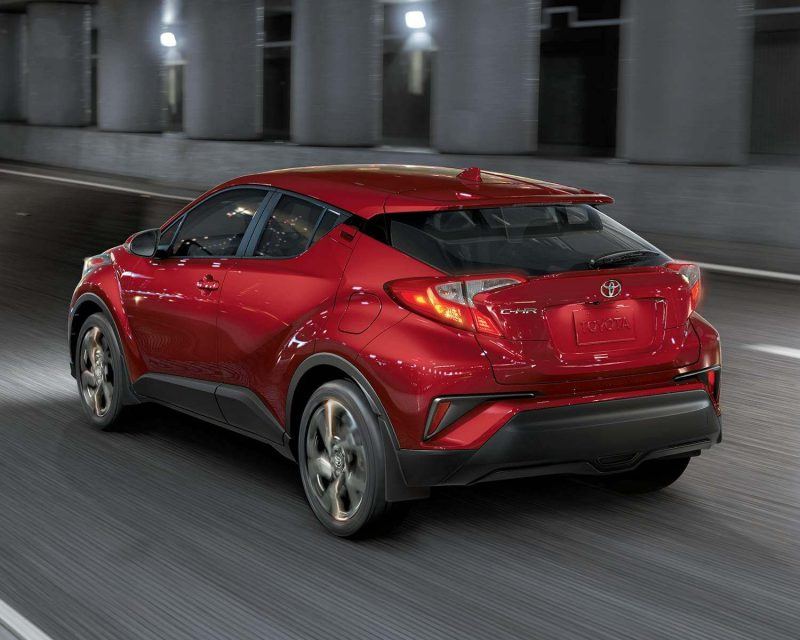 Passengers will find the new Compass pretty roomy for a compact, and the quality of the materials and the finish is also pretty high. There's a surprisingly good amount of legroom in the back, and the 770 litres of cargo space with the second row up is about par for the course in this class. Driver's seats are height-adjustable on all models, and higher-specifications offer the same functionality for the passenger. The CH-R is built on a shortened version of the underpinnings of a midsize model, so it's actually bigger inside than you'd ever believe. The front seating position is lower than you'd probably expect for a high-riding crossover, although the seats are very well bolstered and comfortable. The overall space and quality is pretty similar to what we find in the new Compass, but the extra width of the Toyota's cabin just gives it the edge here.

If you're not bothered about your crossover actually being a crossover, and driving a car that looks like its's straight off the set of the new Bladerunner movie is something you like the idea of, the CH-R is great. But if you want a stylish, comfortable and spacious compact crossover with a more than adequate amount of power and available all-wheel drive, you'd have to take the new jeep Compass over the Toyota every time.

The all-new Jeep Compass is available now from Caledon Chrysler, so get in touch now for more information and to arrange a test drive in this sensational compact crossover.