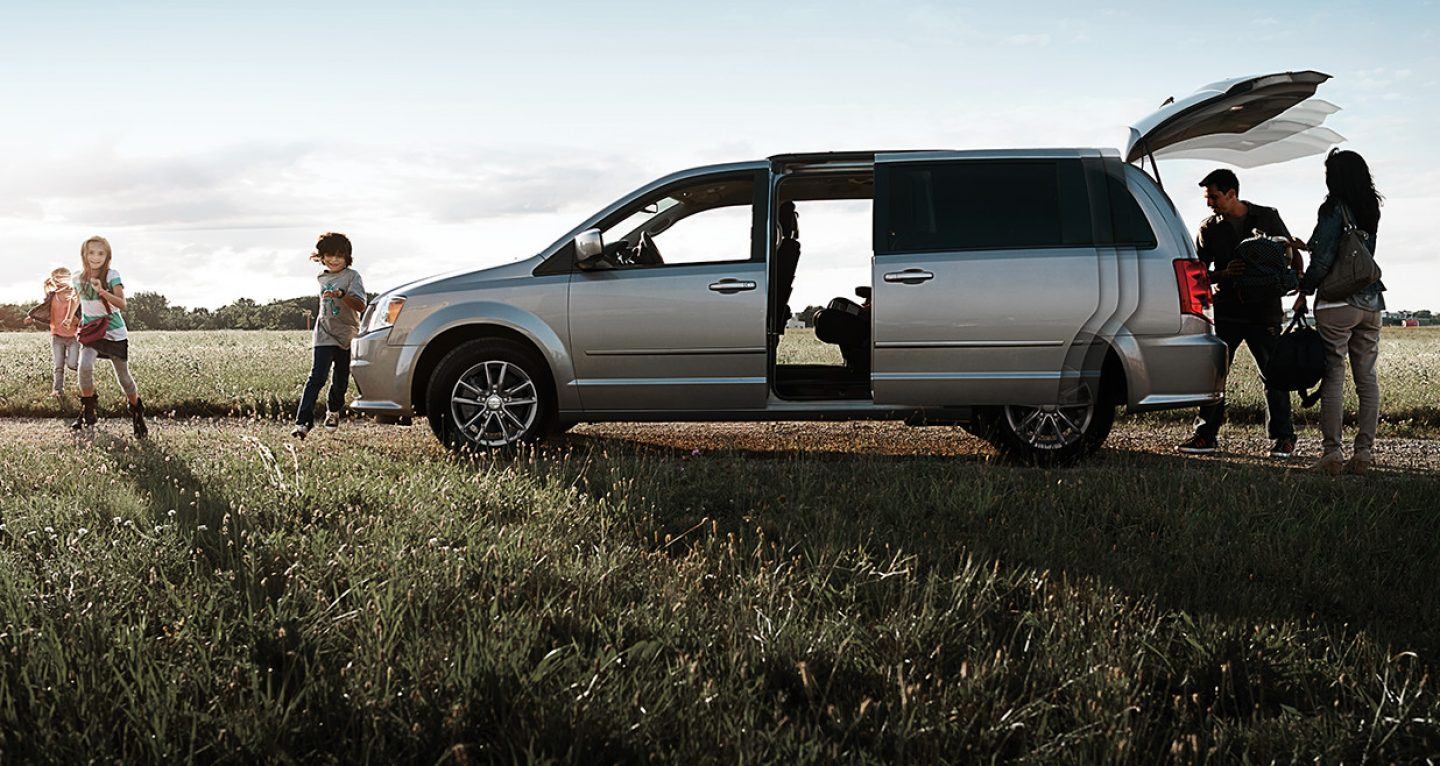 Shopping for a minivan isn't really like shopping for any other type of vehicle. While all sorts of emotional and taste issues come into play when choosing a crossover, a sports car or even a truck, minivans are all about practicality and versatility and little else. They're designed to do a job and do it extremely well, so there's not a lot of room anything that doesn't measure up. So, let's take a look at two of the contenders in this segment by comparing the 2017 Dodge Grand Caravan and the 2017 Toyota Sienna to see which of the two comes out on top.

Although how a minivan looks still isn't the most important criteria for most buyers, it's definitely more important than it used to be. Some contenders have fallen by the wayside in recent years, so those remaining are all pretty good at what they're supposed to be good at. The Dodge Grand Caravan stays true to the traditional boxy styling associated with minivans, so it's not the most cutting-edge design by any means. Although the Toyota Sienna is a more modern design, it's almost completely lacking any sort of character. It's about as bland as it could possibly be, so although the Dodge is more than a little retro, that's enough to favor it over the Toyota as it least it has something interesting to say for itself.

Minivans don't need lots of power to go fast, but they do need a good amount of get up and go to handle a full load of all those people and all the cargo that inevitably comes with them. Both of these models adopt a take-it or leave-it approach to engines. In the Grand Caravan we find a 3.6-liter Pentastar developing a very healthy 283 horsepower that's sent to the front wheels through a six-speed automatic transmission. The Toyota offers a very similar 3.5-liter V-6 that puts out 13 horsepower more than the Pentastar in the Dodge, and it also comes mated to a more modern eight-speed automatic. The slight power advantage the Sienna has if offset by it having a pretty high center of gravity that doesn't help the way it handles, and the eight-speed auto can be a little slow to downshift, so we have to declare it a tie for performance. 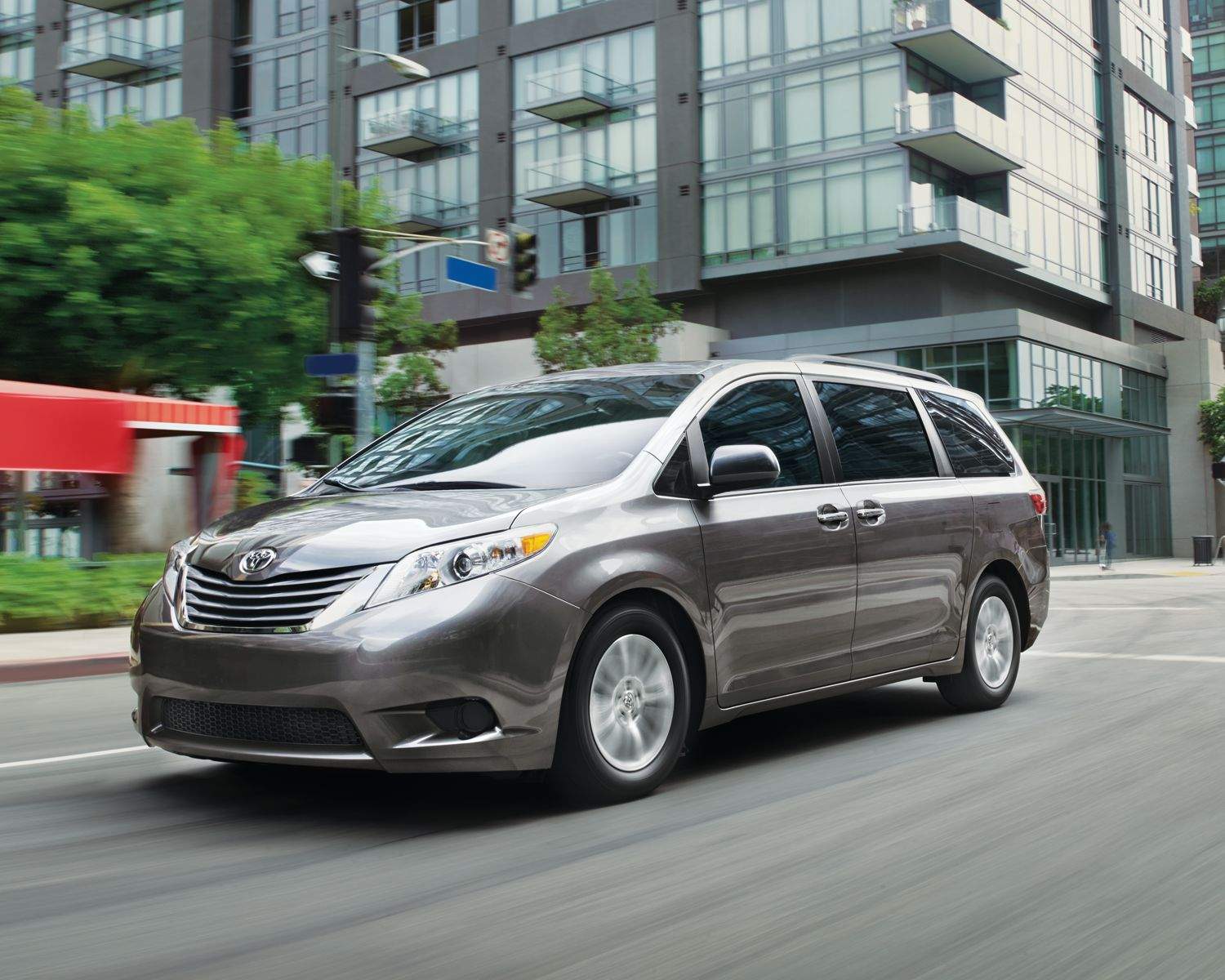 The Sierra is one of the biggest minivans available right now, but that doesn't translate into a great deal more usable space inside, compared to the Dodge. The interior dimensions do slightly favor the Toyota, but by such a small amount it's barely worth thinking about. So, it really comes down to how flexible and user-friendly the interiors are, and the Dodge isn't found wanting at all in this vital area. The Dodge's Stow 'N Go seating system is quite simply a revelation, and it's quick and easy to convert the Grand Caravan from a people carrier to a big, empty cargo van. You can remove the second-row seats in the Toyota, but they don't conveniently fold away into the floor in the same way they do in the Dodge, so this is another win for the Grand Caravan.

The 2017 Toyota Sienna is a very good minivan, but it's not obviously better than the 2017 Dodge Grand Caravan. If the two of them cost the same it would be hard to separate them, but as the Dodge costs almost $4k less than the Toyota at the entry level, we'd have to say the Grand Caravan is without doubt a better buy.

The 2017 Dodge Grand Caravan is available right now from Caledon Chrysler, so get in touch with us now for more information and to try out this great value family minivan for yourself.