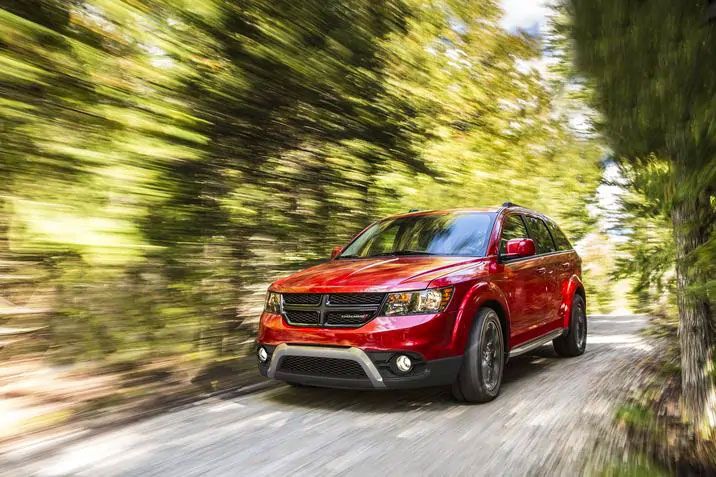 Although the Dodge Journey mid-size crossover SUV is to all intents and purposes a minivan without the sliding doors, it does have an appealingly rugged and macho look that leaves any minivan you can think of firmly in the shade. The unashamedly slab-sided exterior is a pretty chiseled look in a segment where more organic and rounded shapes are everywhere you look, so there's a retro appeal to the Journey even though it doesn't actually look dated at all; just different. Unless you're a hardened and committed fan of the Subaru brand, it's hard to say any of its vehicles are particularly attractive, and that definitely includes the Subaru Forester. It's not very modern but it's not old-fashioned either; it's just a little odd really. Regardless of how good a vehicle the Subaru Forester may or may not be, it's hard to love the look of it, so first blood here goes to the Dodge Journey.

Unlike a minivan, where you'd probably only have a single engine in the lineup, the Dodge Journey is available with two different powerplants. The standard unit is a 2.4-liter inline-four that produces 173 horsepower and 166 lb.-ft. of torque, but if you are regularly going to haul close to a full load you'll probably want to opt for the V-6. That engine is a 3.6-liter V-6 Pentastar V-6, which then puts 283 horsepower and 260 lb.-ft. of torque at your disposal and comes mated to a six-speed automatic transmission. The Subaru also has a four-cylinder as its standard engine, but this one's a flat-four developing just 170 horsepower. There is more power available from the optional engine, but instead of a V-6, Subaru has gone with 2.0-liter turbocharged flat-four that puts out 250 horsepower and 258 lb.-ft. of torque. Both Forester engines offer less power than their Dodge Journey equivalents, so this is another victory for the Dodge. 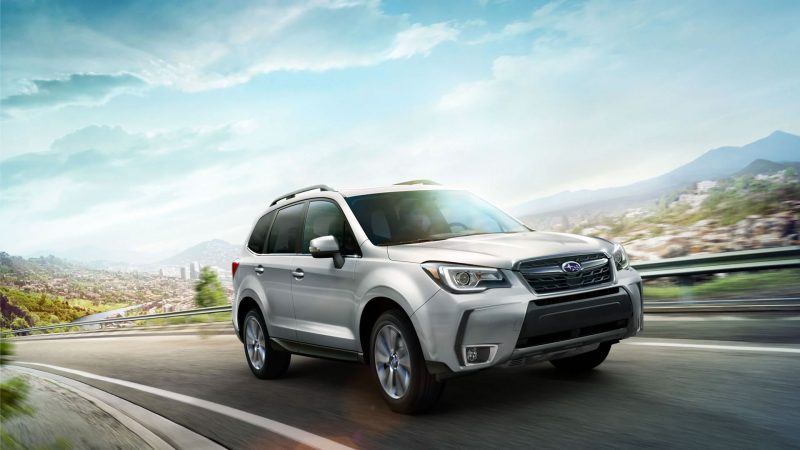 The interior layout of the Journey is obviously aimed directly families with cubbies and storage everywhere. The cargo area behind the second-row seats when the third row is folded, or hasn't been selected, is 1,047 litres which is pretty good. By flipping up the third row if you have got it, there's just 303 litres, but by dropping all the rear seats you get a useful 1,914 litres of cargo space. The upholstery isn't the most luxurious, but it's very durable and the hard surfaces wipe down easily in very family friendly fashion.

In a similar way to the Journey, the Subaru Forester's interior isn't exactly opulent. There's a mix of matte and soft-touch materials, and there is a little more interior space for passengers and cargo than there is in the Dodge, so the Subaru takes the honors in this section.

The 2017 Dodge Journey is an enduring model that probably isn't the most cutting-edge vehicle in its class. But as the auto business is pretty ruthless with models that no longer have an enthusiastic audience, it shows how much consumers still like the Journey that it hasn't needed to change much over the years. The Subaru is a fine vehicle, but it looks a little odd and not everyone wants the standard 4x4 that does add a little to the cost. If we had to choose between the two, the rugged Dodge would therefor get our vote.

The 2017 Dodge Journey is available now, so don't hesitate to get in touch with us today at Caledon Chrysler for more information and to arrange a test drive in this sensational family vehicle.