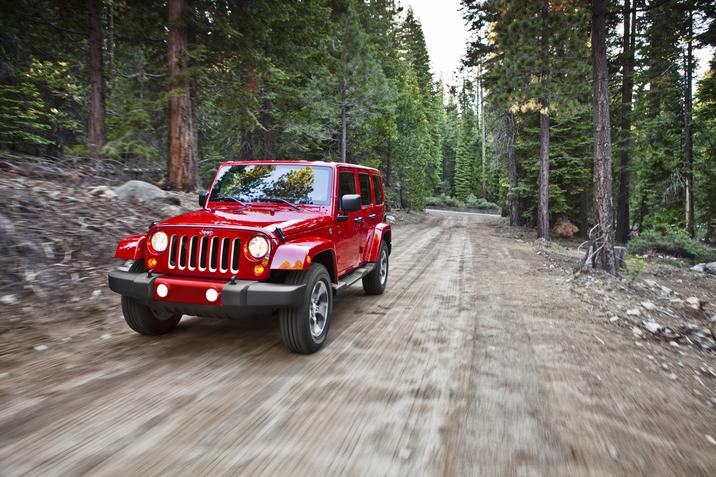 It may not seem like it at first glance, but the Jeep Wrangler and the Toyota RAV4 are both pretty iconic vehicles. Of course, nobody's going to deny the legendary status of the iconic Jeep Wrangler, but the RAV4? Well actually, the Toyota deserves to be regarded as something more than a bit special as it was the very first compact crossover SUV when it was launched back in 1994, and we all know where that has now led us. So, let's take a look at the 2017 Jeep Wrangler and the 2017 Toyota RAV4 to see how they compare today.

The Wrangler is one of the few vehicles in the world that really doesn't need any description of its exterior styling. Unless you're someone who knows absolutely zero about autos, you'll know exactly how a Wrangler looks. It's one of the most recognizable shapes in the market, and it's also a member of a very exclusive club of convertible SUVs. Most buyers who choose a Jeep Wrangler do so specifically because of its styling. It's pretty much the opposite with the RAV4, which is a model with styling that regularly gets updated and is probably bought some of the time slightly despite its styling rather than because of it. This isn't really a fair fight as it's hard to think of any SUV that's as stylish as the Wrangler.

It's only right to be honest and admit there are other vehicles you can buy that are more agile, comfortable and maneuverable on the road than the Jeep Wrangler. The tough body-on-frame chassis and solid front and rear axles of the Jeep mean it's not the most cosseting urban runabout. But that construction, coupled with lots of ground clearance and a rugged underbody with protective skid plates, does make the Wrangler one of the most capable off-roaders you can buy, and that's the point of the Jeep. The RAV4 makes no pretense at having any serious off-road credentials even in all-wheel drive form, and although it's a lot more comfortable and composed than the Wrangler on the road, it's not exactly a barrel of fun to drive on the tarmac. This has to be another victory for the Jeep then. 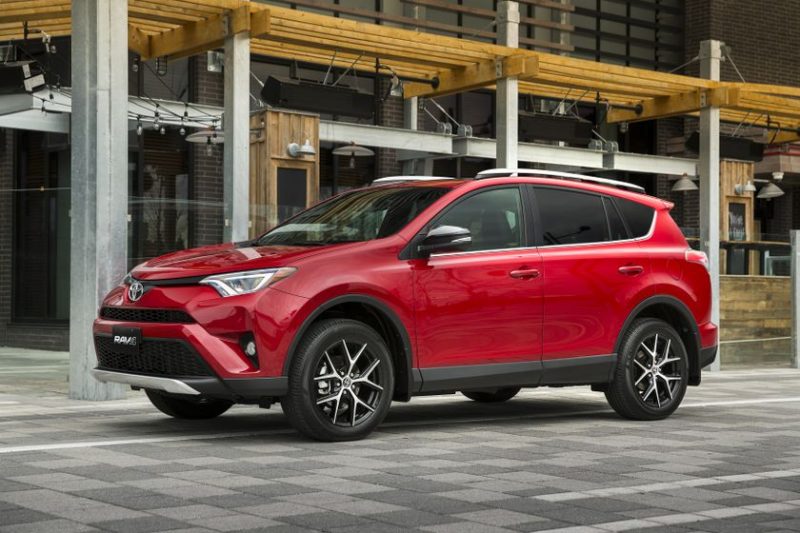 There's just one engine in the Wrangler lineup, but it's certainly not lacking in power as it's a 3.6-litre Pentastar V-6 rated at 285 horsepower and 260 lb.-ft. of torque. All that power comes at a price though, as the best fuel economy ratings it can manage are 14.1 L/100 km in the city and 11.0 L/100 km on the highway. There's only one engine for the non-hybrid version of the Toyota RAV4 too, but it's an altogether more underwhelming 2.5-litre four-cylinder unit that puts out just 176 horsepower. Having a lot less power than the Jeep's V-6 does pay-off when it comes to fuel-efficiency though, and you can get ratings as good as 10.7 L/100 km in the city and 7.8 L/100 km from the RAV4.

If you want a comfortable, capable family cruiser for the daily commute and trips to the mall, the 2017 Toyota RAV4 is a very good choice and the sales figures back that up. But if you want a vehicle that can pretty much go anywhere and do anything and puts a big smile on your face every time you think of driving it, you've got to go for the Jeep Wrangler.

The 2017 Jeep Wrangler is available now from CarHub - Chrysler Jeep Dodge RAM FIAT dealership, so don't hesitate to get in touch with us for more information and to arrange a test drive in the latest version of one of the world's most iconic vehicles.