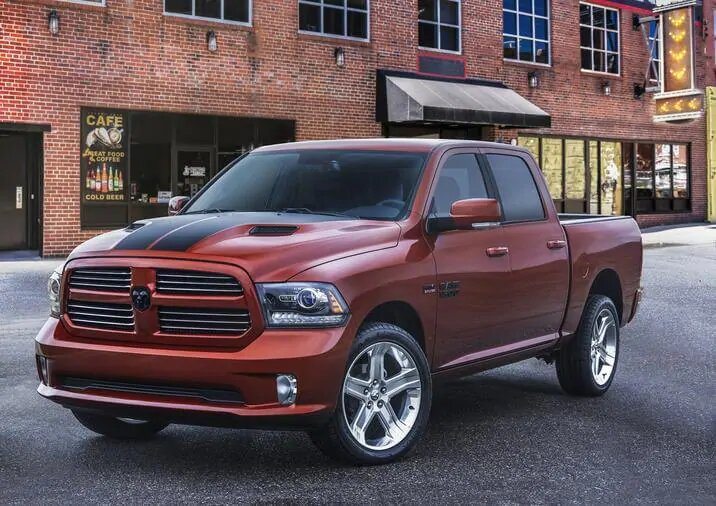 We really are spoilt for choice when it comes to full-size pickups these days as there are so many great ones on offer from a wide variety of manufacturers. So, to help you narrow the field a little, here's a comparison between the 2017 Ram 1500 and the 2017 Nissan Titan to see which of these two is the better choice.

A Ram 1500 can look like a no-nonsense work truck, the coolest of hardcore post-apocalypse survival vehicles, and pretty much everything in between. There are currently no less than 11 different trim levels of the Ram pickup truck, and with a plethora of options to upgrade and customize, it can look as conservative or a brutish as you want. This new Nissan Titan is a lot more macho than its predecessor, although many buyers will still see the Titan as a Japanese model, even though it is built in the United States. Its styling is now a lot more similar to a North American full-size truck than ever, so Nissan should expect buyers to take to the new Titan pretty well. Even so, there's something familiar and likeable about the Ram the Nissan can't match, so this opening skirmish goes to the 1500.

Buyers have three different engines to choose from with the Ram, which are a 3.6-litre Pentastar V-6, a 5.7-litre Hemi and a 3.0-litre V-6 EcoDiesel. The two lowest trim levels of Ram 1500 are available with a six-speed automatic transmission, but the eight-speed auto that's available for those models is standard throughout the rest of the lineup. The most power available comes from the 395 horsepower Hemi V-8, while the most torque is the 420 lb.-ft. you get from the diesel.

Nissan adopts a take-it or leave-it approach to engines for the Titan as there's just one available for all models. But if you're going to only be offered one engine in a full-size pickup, a 5.6-litre V-8 developing 390 horsepower and 394 lb.-ft. isn't a bad option. But with less power than you get with the Ram and only a seven-speed automatic transmission, this is another round going firmly to the 1500. 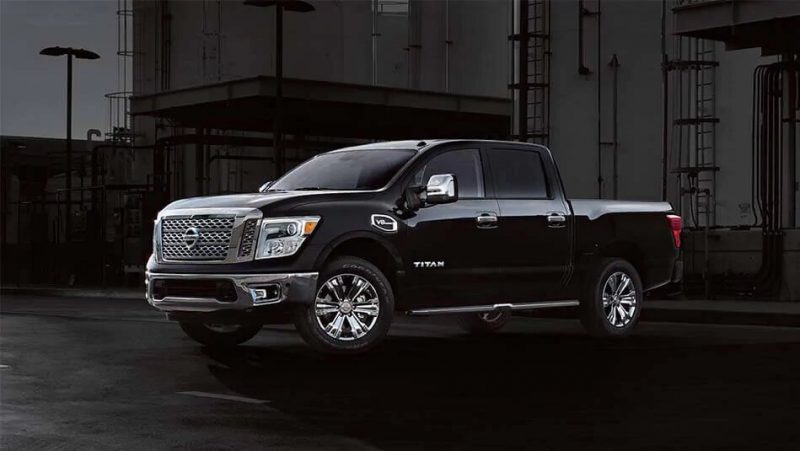 As previously mentioned, there are an incredible 11 trim levels of Ram 1500 available, which begin with the workmanlike and utilitarian ST and top out with the stunning Laramie Limited. You then have the choice of Regular, Quad and Crew Cabs, and three different beds. The maximum you can tow with the Ram when properly specified is 4,187 kg, and the maximum payload is 853 kg.

The Titan comes in just five flavours of S, SV, Pro-4X, SL and Platinum, and there are Single and Crew Cabs available. The maximum you can tow with the Titan is 4,182 kg, and the maximum payload is 730 kg. That's not a million miles away from the capability on offer from the Ram, but the 1500 does offer more capability and a whole lot more choice too.

There's no doubt Nissan has done a good job of updating the Titan, and this new model is a closer contender to the traditional big boys of the full-size truck segment than its ageing predecessor was. Even so, it's hard to make a case for the Titan over the 2017 Ram 1500 as the Ram is just better in just about every way.

You can check out the 2017 Ram 1500 right now at CarHub - Chrysler Dodge Jeep Ram dealership, so get in touch today for more information and to arrange a test drive in this outstanding full-size pickup truck.