Ever since Chrysler replaced the Town and Country with the new Chrysler Pacifica it was obvious it was onto a winner with its new assault on the minivan segment. But the Pacifica's preeminent position in the market has now been confirmed by the news it's now been named as the 2018 Canadian Utility Vehicle of the Year (CUVOTY) by the Automobile Journalists Association of Canada. 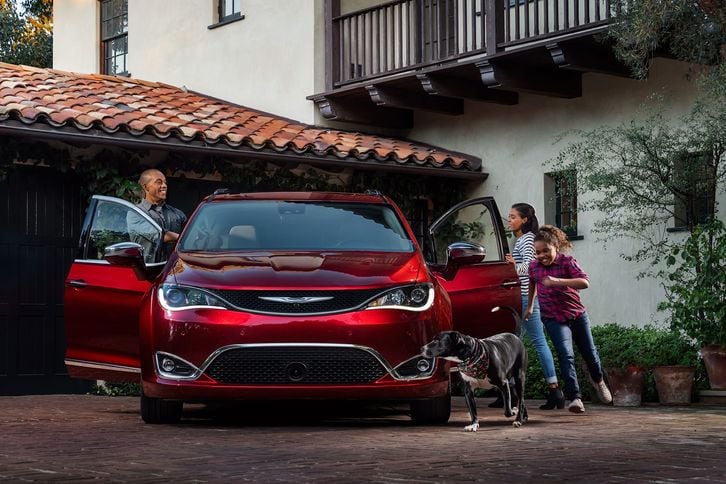 CUVOTY is now considered one of the most prestigious automotive awards in Canada these days, and it doesn't hurt that the Canadian Utility Vehicle of the Year winner is chosen through voting and real-world testing by almost one hundred expert automobile critics from right across the country. The latest winner was announced during a press conference during the Canadian International Auto Show in Toronto, Ontario in February.

A different process this year

This year has seen the AJAC's annual Canadian Car and CUVOTY voting process being notably different from past years. For the first time this year, the voting was expanded beyond just those models that are new to the market recently, and instead now includes all models available to Canadian buyers. The AJAC journalists tasked with voting for the winners were therefore able to score the vehicles against every one of their current rivals, whether they were all-new for 2018 or carryover models. Close to 3,000 votes were cast covering a staggering 182 vehicles, and another first this year was a test that saw a multi-day October event held that was attended by more than 60 journalists from all over Canada.

The Automobile Journalists Association of Canada is a respected national association of automotive journalists that's been up and running for some time now, and its members test drive and report on new vehicles in various forms of media all across the country. The annual Car and Utility Vehicle of the Year Awards program is now a key part of the association's activities, which is now vital for providing buyers with expert advice and data to help them make more informed buying decisions that they possibly could without it.

About the Chrysler Pacifica

This certainly isn't the only award the superb Chrysler Pacifica has scooped recently either, as earlier this year it also had the honour of being named Best Minivan of 2018 by AJAC. This is the second consecutive year the Chrysler has won its AJAC category after previously being handed the Best New Large Utility accolade in 2017. It might have helped that this year was the first time the segment-exclusive Chrysler Pacifica Hybrid was eligible to compete in the awards. The Pacifica is still industry's first and only electrified minivan with a hybrid powertrain that delivers 2.6 Le/100km (109MPGe) and a range of 53 km (33 miles) when driving on zero-emissions electric power only from its 16-kWh lithium ion battery. The system also means the Pacifica has a total driving range on gas and electric of a very impressive 911 km.

To find out more about the class-leading and award-winning 2018 Chrysler Pacifica and to schedule a test drive, don't hesitate to get in touch with us here at Caledon Chrysler today.