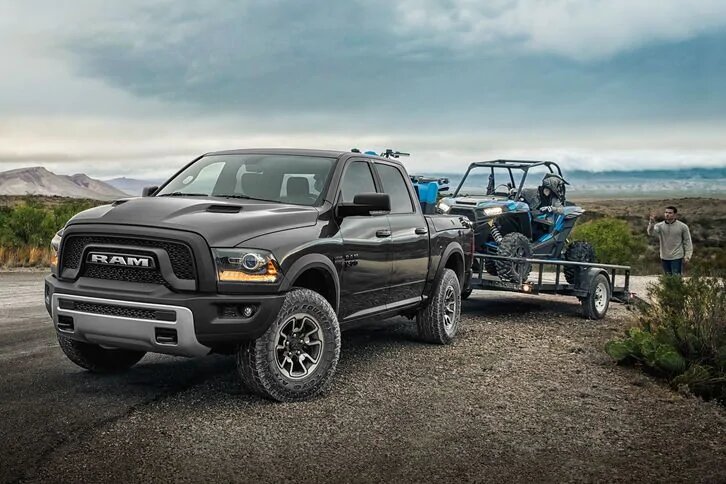 It appears to be something of a golden age for pickup trucks at the moment now they've morphed from being hard-working commercials into vehicles also expected to fill the additional roles of family wagons, luxury cars and more. Let's see how two full-size light duty models fare by comparing the 2018 Ram 1500 and the 2018 Nissan Titan.

Within the relative styling constraints of the full-size pickup genre, these two actually stand out from the crowd as well as from each other. Despite having been around in its current form for some time, the Ram 1500 still has a very distinctive style all of its own, particularly up front where it's big, brash, aggressive grille leaves onlookers in no doubt whatsoever about this being a Ram pickup. The Nissan Titan makes a brave attempt at looking like a domestic truck rather than a Japanese interloper, and it nearly carries it off. Unfortunately, it looks as though it's stolen a number of styling cues from the most popular American rivals and therefore delivers a somewhat incohesive look and a victory for the Ram.

Under the hood of entry level versions of the 1500 and standard with all but the highest trims is a 3.6-liter gas V-6 putting out 305 horsepower and 269 lb.-ft. of torque. This engine can be had with rear-wheel drive or one of a pair of four-wheel drive transfer cases that includes part and full-time versions. The optional engine that's also standard in the top-spec models is a V-8 developing 395 horsepower and 410 lb.-ft. of torque, which is mated to a version of the same eight-speed automatic transmission the V-6 utilizes. There's also now a 3.0-litre turbodiesel V-6, and that puts 240 horsepower and a useful 420 lb.-ft. of torque at the driver's disposal. The Nissan Titan doesn't have a V-6 option and its standard V-8 is less powerful than the Ram's. There is a V-8 turbodiesel in the family, but that means stepping up to a Titan XD so this is another win for the Ram.

There are so many ways to configure a Ram 1500 buyers can pretty much have any truck they want with it. The Ram also has a lower starting price than the Nissan Titan, but that's for the Tradesman model that very basic and squarely aimed at fleet and work truck buyers. The Nissan is a lot more user-friendly with less variants to confuse buyers, and at lower trim levels it does have a better list of standard features and equipment than the Ram. However, for overall exterior styling, power, and fuel efficiency it's a win for the Ram 1500.

For more information about the 2018 Ram 1500 and to schedule a test drive to experience one for yourself, don't hesitate to get in touch with us here at CarHub today. 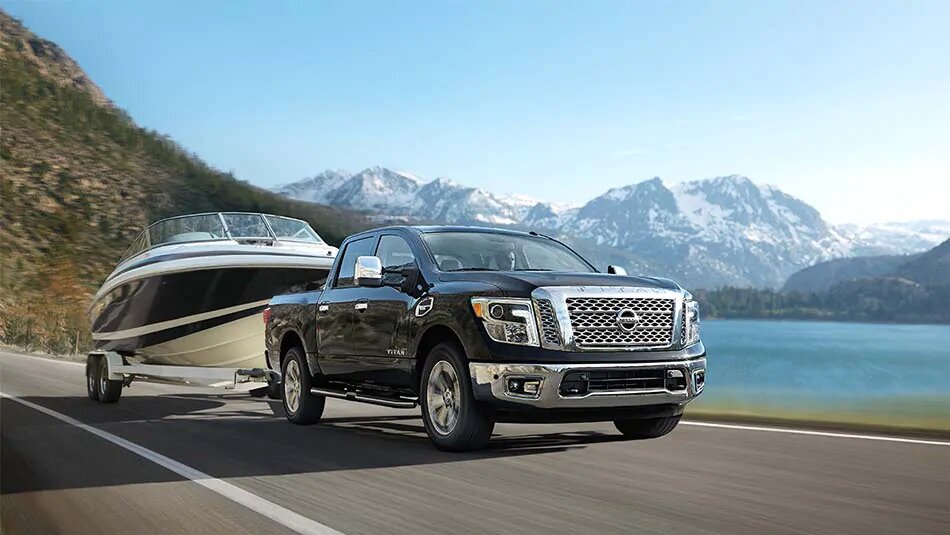