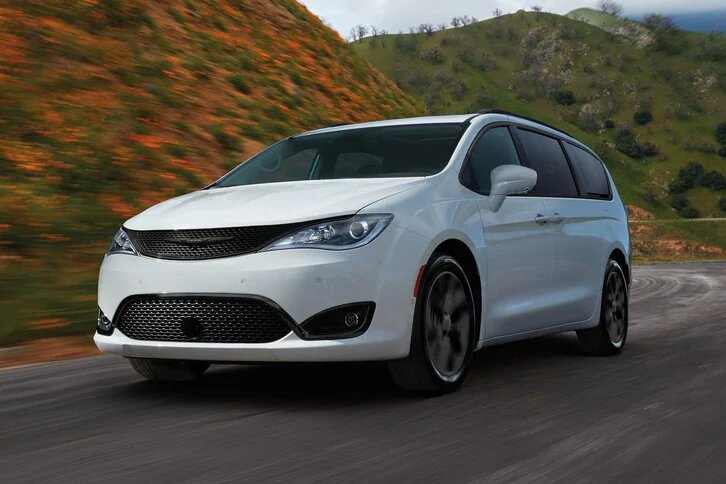 When it comes to choosing a new vehicle to carry seven people and all their stuff around, the truth is there's no other vehicle that does it quite as well as a family minivan. They may not be as popular as they once were, and they might not be as cool or as desirable as an SUV. But it's impossible to ignore the fact nothing else is a versatile and flexible as a minivan for carrying out family transport duties. Two models that really stand out in the segment at the moment are the 2019 Chrysler Pacifica and the 2019 Toyota Sienna, so let's put them up against each other in a head-to-head comparison to see which comes out on top.

Right from the start, the Chrysler Pacifica has an advantage over the Toyota Sienna in the all-important area of cost to buy. The starting price for a Sienna here in Canada is currently $35,295*, but the Pacifica starts from as little as just $32,245**. Three thousand dollars is a lot of money, especially for families, so this is a good start for the Chrysler.

On the face of things, it could seem like there are more versions of the Toyota Sienna to choose from as it comes in eight different versions, compared to seven trim levels in the Pacifica lineup. However, there are another three versions of the Pacifica to take into consideration as Chrysler also offers it as a hybrid. So, as well as the standard Pacifica and its L, Touring, LX, Touring Plus, Touring-L, Touring-L Plus, and Limited models, there's also the Pacifica Hybrid in Touring Plus, Touring-L, and the Limited variants.

There's very little to choose between the standard powerplants in the two vehicles. Both engines are powerful V-6s that are more than up to the job, but the Chrysler and the Toyota do offer major differences beyond the gasoline engines. In the case of the Toyota, buyers have the option of all-wheel drive, which they don't have with the 2019 Chrysler Pacifica. However, the Chrysler gives buyers the option of a fuel-efficient hybrid powertrain which is an option that's not there with the Sienna. While the extra capability of all-wheel drive is a welcome addition to any practical vehicle, it's likely more families would opt for the better fuel economy of a hybrid over all-wheel drive if they had to choose. 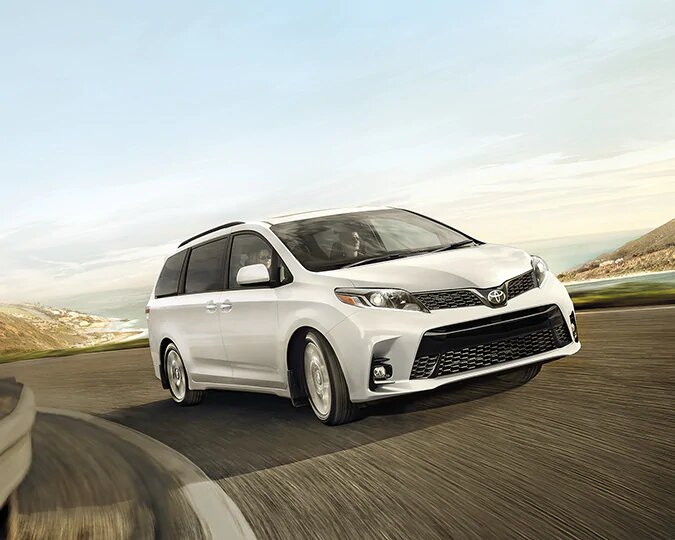 With so many models to choose from in both ranges, buyers can have just about any feature they want in either vehicle. But as connectivity and infotainment is so important these days, especially for families on the go, the 2019 Chrysler Pacifica does have one important advantage over the 2019 Toyota Sienna, and that advantage is Android Auto compatibility. The infotainment system in the Toyota has a 6.1-inch screen and it is Apple CarPlay compatible, but the standard unit in the Pacifica has a larger 7.0-inch screen and it's both Apple CarPlay and Android Auto compatible.

The 2019 Toyota Sienna is a very good minivan, but the 2019 Chrysler Pacifica has the edge in most areas. The Pacifica does everything the Sienna does, but the Chrysler is more affordable, it has a fuel-efficient hybrid option, and a better infotainment system.

For more details about the 2019 Chrysler Pacifica and to arrange a test drive to try it out for yourself, don't hesitate to get in touch with us here at CarHub, the number one choice Chrysler dealer in Thornhill, ON.

**"Starting at" price represents the Manufacturer's Suggested Retail Price (MSRP) for the base model minus Total Discounts (where applicable). Price does not include taxes, freight (from $1,895 to $2,595), insurance, registration, licence, A/C charge, retailer administration fees and other charges, and new tire duties (in Quebec). Model shown may be an upgraded model. Total Discounts may vary from time to time and may vary considerably by model and trim. Total Discounts include Consumer Cash Discounts, which are applied before taxes, and/or Bonus Cash Discounts, which are applied after taxes.