What to expect in the 2019 Dodge Journey crossover SUV? 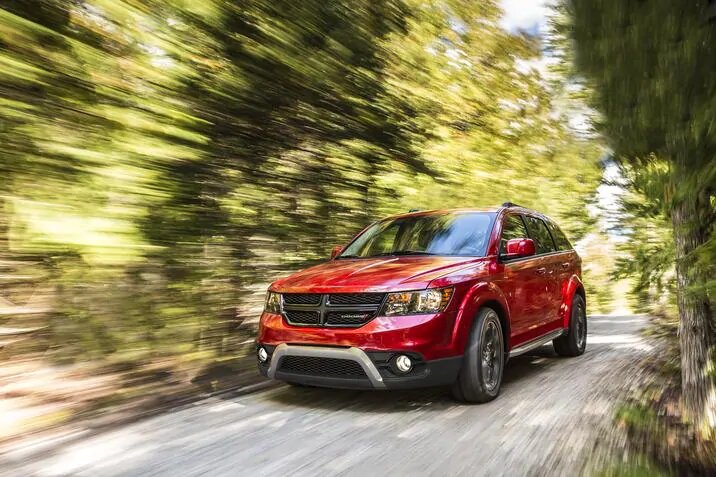 It might be hard for some to believe but the Dodge Journey has only been with us since as recently as the 2009 model year as the midsize crossover SUV feels like something of an old family friend. It had a relatively mild facelift back in 2011, but since then it's remained intact apart from upgrades to its features and equipment. A model has to be doing something right to stay in production for a decade in its initial generation, so let's take a closer look at what to expect from the 2019 Dodge Journey.

As the Journey is perhaps a halfway house between Dodge SUVs and minivans it stands to reason it would have a large, practical and versatile interior, which it does. Although there's not as much room for its maximum complement of seven passengers as there is in a Grand Caravan, this is a good way of being able to transport up to seven on the odd rare occasion when a five-seater is perfectly acceptable to the buyer most of the time. There's plenty of room for storing the kind of things passengers inevitably bring with them these days, and this feels like a model that can take the hits that are inevitable as a serious family transporter.

Dodge does retro pretty well; just look at the Challenger for evidence. Once again, the Journey seems to be part minivan and part crossover, but the good news is there's more crossover than minivan in its styling DNA. The manufacturer certainly hasn't neglected styling even though this is a pretty practical vehicle to all intents and purposes, and the Crossroad trim level with its rugged look can even appear menacing in the right colour. In fact, all Journeys have a little of that look, but the chrome roof rails, unpainted body kit and other styling cues make the Crossroad the attractive Journey of all.

The base engine in the Dodge Journey is a 2.4-litre inline-four producing 173 horsepower and 166 lb.-ft. of torque that will be perfectly adequate if you're not going to be loading the vehicle to its limits on a regular basis. But if you are going to be regularly testing its maximum load-carrying capability the optional 3.6-litre V-6 is the way to go instead. This unit puts 283 horsepower and 260 lb.-ft. of torque at your disposal, which is sent to the front wheels through a standard six-speed automatic transmission. And if you want a Journey GT or all-wheel drive is your preference, this is the engine you have to have.

As most minivans invariably come with a single powertrain throughout their ranges, their ride and handling can be quite predictable as it's usually set up to be as comfortable and forgiving of poor surfaces as possible. But the Journey is a crossover remember, which means its characteristics can vary quite a bit, depending on the model and powertrain chosen. All models have hydraulic steering, and on the whole the vehicle feels natural and rides well on the highway. Models with the standard 17-inch wheels offer the softest and most comfortable ride, so the optional 19s can make the ride feel a little firm but more responsive in comparison. And of course, because this is a crossover SUV and not a minivan all-wheel drive is also available, which changes the feel for the driver considerably, especially in less than ideal road conditions.

To find out more about the 2019 Dodge Journey and to see one for yourself what stunningly good value it represents, don't hesitate to get in touch with us here at North York Chrysler Jeep Dodge for a test drive. 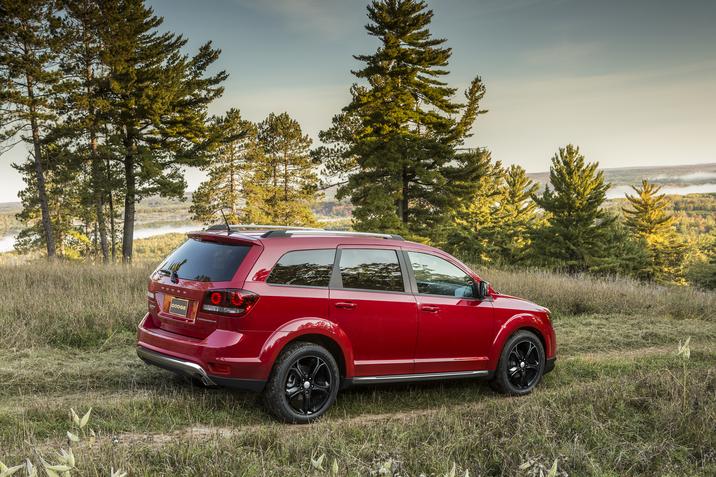