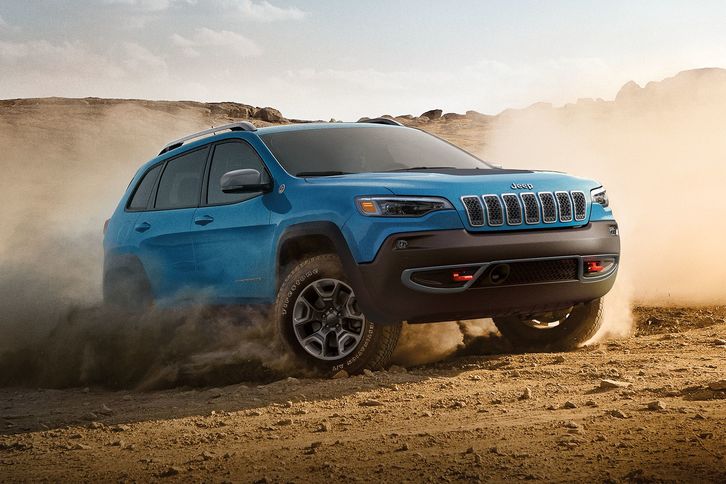 In latter 2013 the Cherokee nameplate was resurrected by Jeep and used to replace the Liberty, and the all-new crossover SUV was a great addition to the family of Jeep SUVs as a sort of little brother to the Grand Cherokee and featuring all the Jeep signature hallmarks. The seven-slot grill and squared fenders were very much in evidence, but it's fair to say the front fascia wasn't to everyone's taste. It was certainly distinctive, but now the Jeep Cherokee has been considerably refreshed so let's take a look at this latest version.

The 2019 Jeep Cherokee is really more of a mid-cycle refresh than what could be considered a full-blown redesign, but there's no issue there as it was already a very contemporary design that really only needed a little fine-tuning. There are now three powertrain options to choose between, including an all-new 2.0-liter turbo-four, and enough trim levels to ensure there's now a Cherokee to suit the majority of buyers in this segment.

A baby Grand Cherokee would have been a fair way to describe the most recent Cherokee, and it's probably even more appropriate to use that same description now. Nothing about the styling refresh is hugely revolutionary, but there's now a more cohesive look to the Jeep and its design from the bodywork right through to the interior. The previous model's separated lighting delivered a slightly sleepy look to the front of the Cherokee, but that's been done away with now and the daytime running lights have been integrated into the newly standard LED headlights that sit right where headlights are supposed to be. The side and the back views of the Cherokee are classic midsize crossover styling, which is what the market appears to want right now.

The star performance of the refresh sits under the hood of the 2019 Jeep Cherokee in the shape of an all-new 2.0-litre turbocharged inline-four that puts 270 horsepower and 295 lb.-ft. of torque at the driver's disposal. The 271 horsepower, 3.2-litre Pentastar V-6 and the standard 2.4-litre Tigershark inline-four with its 180 horsepower are both still around, and all three engines come mated to a refreshed version of FCA's nine-speed automatic transmission. 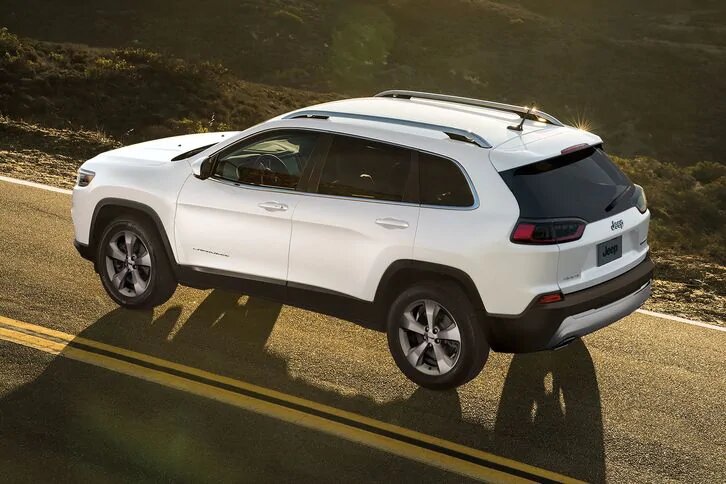 Six different trim levels make up the 2019 Jeep Cherokee family here in Canada at the moment, and they start with Cherokee Sport and progress onwards and upwards to the North, Limited, Trailhawk, Trailhawk Elite and finally to the top of the range Overland.

The entry level version of the Jeep's all-wheel drive system is called Active Drive I and has a wet clutch and a new rear-drive module cutting 17 pounds from the vehicle's overall weight. The automated system sends some power from the front to the rear wheels, but there's no low-range gearing. Active Drive II offers a simulated low range and a crawl ratio of 51.2:1 because of the automatic transmission's low set of gears when paired to the new turbo-four. The most serious setup for off-roading is Active-Drive Lock, which boasts a genuine two-speed transfer case and an electronically activated mechanical rear diff lock. The lock makes sure both wheels on the rear axle are turning regardless of the surface, so this is the system to go for if you're serious about your off-roading.

For more information about the 2019 Jeep Cherokee and to experience it for yourself, get in touch with us at CarHub right away.