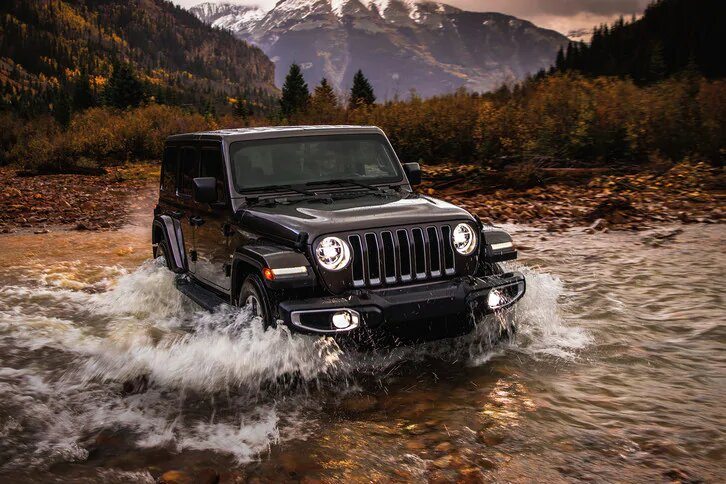 If you want an example of how different supposedly similar vehicles can be, take a look at the 2019 Jeep Wrangler and the 2019 Kia Sportage. Most Jeep SUVs today are car-like unibody crossovers like the Kia Sportage, but the Jeep Wrangler has stayed true to its ladder-frame SUV roots and resisted any thoughts of becoming some sort of "soft-roader." Even so, they're both SUVs and are priced within reach from each other in terms of price, so let's see how they compare to each other in a head-to-head comparison.

Exterior styling is one of the areas where these two differ most, and which one appeals most is going to be a matter of individual taste. The Jeep Wrangler is one of the most easily identifiable vehicles designs around, and it's fair to say its retro styling is truly iconic. It's retro, rugged and cool, and it can be dressed up and accessorized in so many ways you're unlikely to find two exactly the same. The look of this generation for Kia Sportage took a little time for some people to warm up to, but it's one of the standout designs in its class. Even so, if you were buying on exterior styling alone, it's hard not to be tempted by the Wrangler.

There are two very good engines available for the Kia Sportage. The standard unit is a 181 horsepower 2.4-litre GDI four-cylinder and the alternative is a 237 horsepower 2.0-litre turbo-four. The Jeep also has two engine options, but both are more powerful than those on offer with the Sportage. The Jeep's standard engine is the tried-and-tested 3.6-litre V-6 that develops 285 horsepower, and there's now an optional 2.0-litre turbo-four, and this one puts out 270 horsepower and a very useful 295 lb.-ft. of torque.

All-wheel drive is available for all versions of the Kia Sportage, but it isn't a system designed for anything even resembling serious off-roading. It's good for coping with rain, snow and ice on the road, and it can even keep you out of trouble if you find the tarmac has run out. However, the Jeep Wrangler is standard four-wheel drive, and few vehicles are as well-equipped to cope with the rough-stuff without paying extra for upgrades. Upgrades are available for the Wrangler too, of course, and they make the Wrangler even more capable off-road and further away from the limited capability of the Kia. 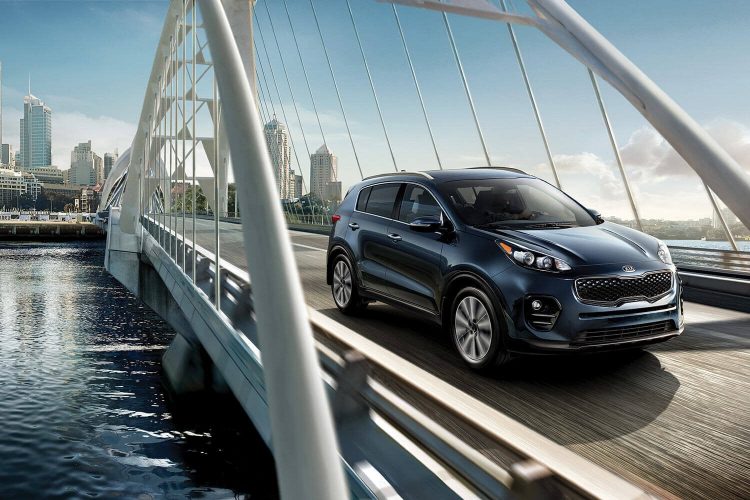 This is another area where these two differ quite considerably. The Wrangler is better equipped and more user-friendly than it has been in the past, but the Sportage is much more like a comfortable sedan. On the other hand, the Wrangler can be almost anything you want it to be, especially as it's available in both two-door and four-door Unlimited body styles. The Wrangler can have features like an 8.4-inch touchscreen infotainment system for those who need it.

The 2019 Kia Sportage is great if you want a high-riding alternative to a sedan that can have a little extra capability. However, the 2019 Jeep Wrangler is a genuine legend that out-performs the Kia in ways it simply can't compete with.

For more information about the legendary 2019 Jeep Wrangler and to experience it for yourself on a test drive, don't hesitate to get in touch with us here at CarHub, the premier choice Jeep dealer in Thornhill and Bolton, ON, and the surrounding area.