A Brief History of the Ram 1500 Pickup

A Brief History of the Ram 1500 Pickup

The first Dodge-Ram trucks took to Canadian highways in 1981. By 2010, the Ram 1500 line had grown so large it was separated from Dodge into its own company. In the years since, the truck has scored major awards and earned even more fans.

The first Ram trucks looked quite different than today's sleek, muscular versions. The originals had a large egg-crate style grille and single headlights. Engines, by today's standards, were quite under-powered. A 3.7 slant-six generated 95 horsepower. A 5.9-liter V-8 managed only 170 horsepower. There were just four trim levels. Amenities were limited to dome lights and carpeting. In addition to the standard bed, Dodge-Ram offered the Utiline, a narrow bed with separate rear fender pods.

During the 1980s, Ram was busy with advancements in engineering. It developed a three-speed TorqueFlite automatic transmission. The Trac transfer case allowed drivers to shift in and out of 4WD at speeds up to 88 km/h. A new hydraulic clutch reduced the effort needed to shift gears. The introduction of electronic fuel injection began to push power outlay upward. The Cummins turbodiesel engine made headlines with 400 lb.-ft. of torque. For the first time, an anti-lock braking system provided the stopping power this faster truck needed.

In 1994, Ram offered an industry first, a standard driver airbag in a pickup. The same year the truck maker introduced the largest regular cab with a 60/40/60 split seat, extra passenger space, and industry-leading cargo room. A new V-10 emerged to handle bigger loads. It generated 300 horsepower and 450 lb.-ft. of torque. Throughout the 1990s, engine refinements continued to raise horsepower and torque, improving tow ratings and payload capability. 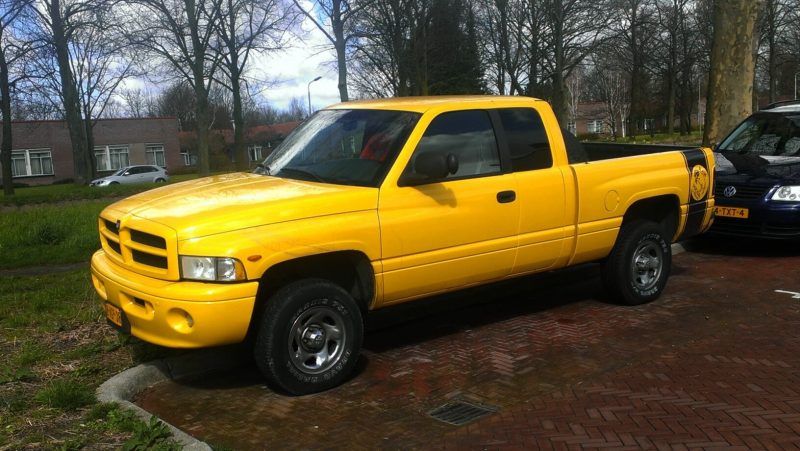 Later in the decade, the Ram 1500 made headlines with another industry first, the four-door cab. Leather seats, a driver's power seat, power mirrors, and keyless entry were available for the first time.

Moving Up to the Modern Era: 2000 and Beyond 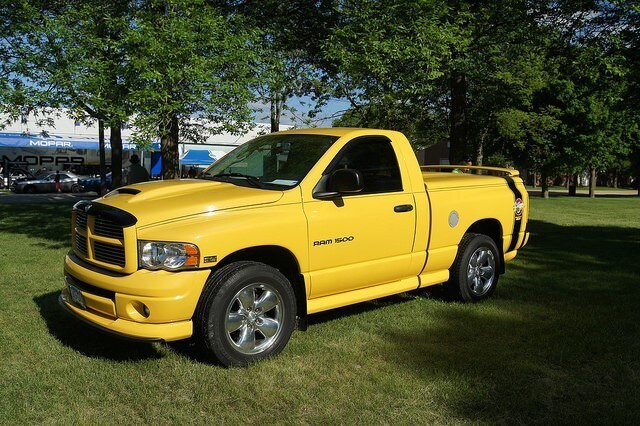 In 2009, the Ram 1500 changed its look and upgraded its interior. A rearview camera, iPod integration, heated seats, and two-tone paint became new consumer favorites. Shoppers could get the RamBox system for the first time. These large built-in compartments keep tools safe and dry until needed.

In addition to the turbodiesel, Ram's current lineup starts with a 3.6-liter gas-powered V-6. This 305-horsepower engine is controlled by Ram's exclusive eight-speed automatic. Ditching the shifter, the transmission is controlled by an innovative, space-saving rotary knob. The 5.7-liter V-8 generates a load-moving 395 horsepower and 410 lb.-ft. of torque. Two four-wheel drivetrain options help drivers deal with snow and off-roading. 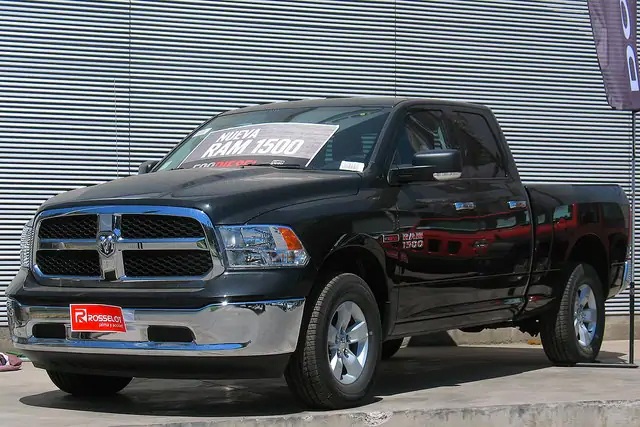 One reason the Ram 1500 is so popular in North York and the greater Toronto area is the smooth, quiet ride. The coil spring rear suspension, which is exclusive to the Ram line, smooths the bounce that makes passengers uncomfortable in most pickup trucks. Edmunds has singled out Ram as the truck with the best ride quality of any pickup on the road today.

The 2016 Ram 1500 comes in three cab sizes, three bed sizes, and eleven trim levels. The manufacturer has won acclaim for the increase in luxuries and amenities across the cab lineup. Having earned an A grade from Edmunds, the Ram 1500 has been listed first in the online magazine's annual shopper's guide for several years.

Ram's UConnect system offers a large touchscreen with built-in apps for smartphone integration. Hands-free phone and voice-to-text capability allow drivers to stay in touch with clients and the office. A new Do Not Disturb option holds your calls and texts until you choose to answer them.