Despite gas prices having remained reasonably low for some years now, few of us like to spend more on gas than we have to. For that and environmental reasons, automakers are continually doing everything they can to make vehicles increasingly fuel efficient. While the emphasis placed on fuel economy by potential buyers varies depending on the type of vehicle concerned, it's not a bad thing for any model to be more efficient, as long as it doesn't harm performance. 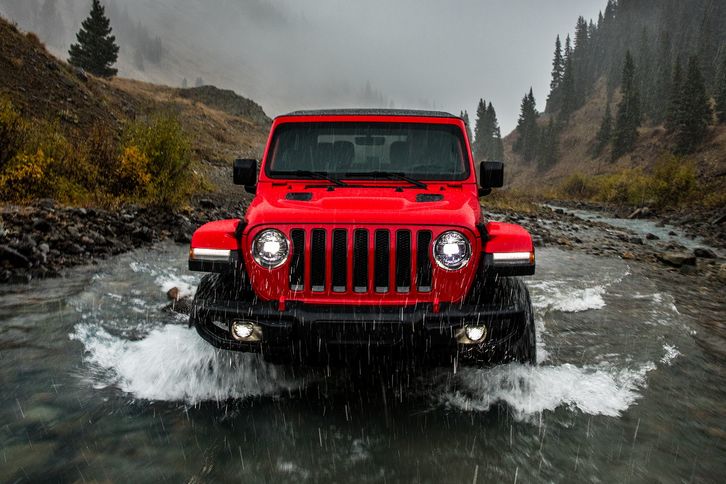 The Jeep Wrangler is a good example of a vehicle where fuel economy probably isn't at the top of the list of priorities of its potential buyers, but it still wouldn't be a good look for it to stand still on fuel efficiency with the onset of an all-new model. As we now have the all-new 2018 Jeep Wrangler, let's take a look at its engines and fuel economy to see how things have changed with the arrival of a new-generation of this most iconic of Jeep SUVs.

We now have two engines to choose between in the Wrangler, which are a 2.0-litre turbocharged inline-four mated to an eight-speed automatic transmission, and a 3.6-litre Pentastar V-6 that can be mated to the automatic or a six-speed manual transmission. There are going to be further options in future, but we'll look at those later.

The 2.0-litre turbo-four is totally new to the Wrangler this year, and it develops a very useful 270 horsepower and 295 lb.-ft. of torque at the same time as offering better fuel economy than the V-6. The 3.6-litre Pentastar V-6 doesn't ignore either though, as it now features Engine Stop-Start (ESS) technology to avoid wasting fuel when stopped at the lights or in traffic. Although it delivers 15 more horsepower than the 2.0-litre unit, the turbo-four actually has 35 lb.-ft. more available torque than the V-6.

Unlike most vehicles that would consider themselves to be rivals of the Wrangler, there's no messing around here with any two-wheel drive options. The Wrangler is exclusively four-wheel drive, which is how it should be and how most fans of this legendary vehicle would want it to stay.

Although it's not yet available, if you're prepared to wait until 2019 the Wrangler will be available for the very first time in Canada with a 3.0-litre turbodiesel that will bring another dimension of fuel economy to the Wrangler. And further down the line in 2020 there's even going to be a plug-in hybrid that will completely change the way we view the Jeep in terms of its fuel efficiency. 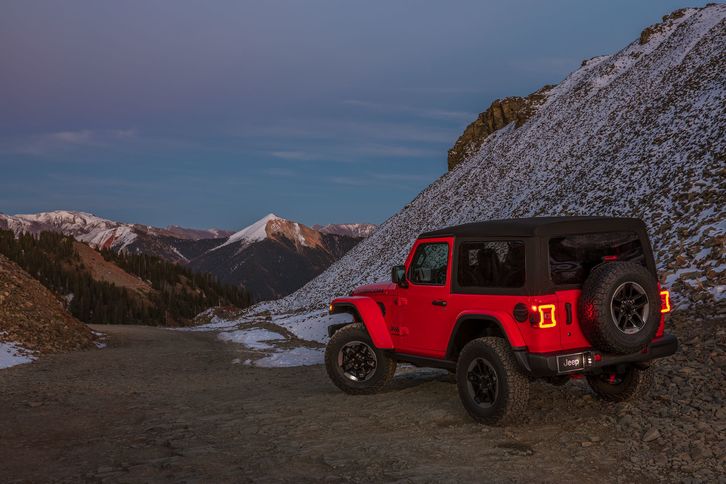 For more details and to schedule a test drive in the all-new 2018 Jeep Wrangler, don't hesitate to get in touch with us here at Caledon Chrysler.