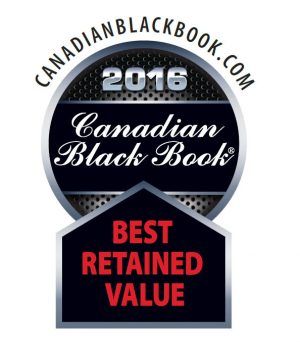 Due to a dropping Canadian dollar, stronger U.S. economy and decreasing fuel costs, consumers across the border are hungry for Canadian trucks and SUVs. That and other factors have combined to create some surprisingly great results in the 2016 Canadian Black Book Best Retained Value Awards.

Every year, the awards are announced right before the Canadian International Auto Show begins. Models that are four years old (currently 2012 models), are eligible to earn the top spot in 20 different categories. Winners are selected for retaining a higher percentage of the original manufacturer's suggested retail price (MSRP) versus competitors.

With the state of the country's currency, values for many pre-owned vehicles are at an all-time high. Year-over-year depreciation has actually dropped 6.3 percent among several category winners, according to data from Canadian Black Book. 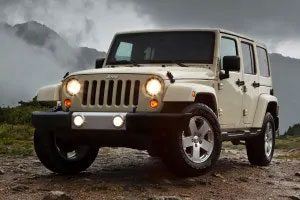 One of the standout vehicles was the 2012 Jeep Wrangler. The popular off-roader has retained 79 percent of its original MSRP, handily beating out competitors. In fact, that figure was 10 percent higher than for the 2011 model last year, and is the best retained value that's been recorded by Canadian Black Book for the Best Retained Value Awards.

Many consumers gravitate to the rugged image and incredible capabilities of the Wrangler. It's the kind of vehicle that can carry owners through city streets during the week without any problems, then hit the back woods on the weekend for fun away from civilization. Jeep offers several versions of the Wrangler to suit the preferences of diverse buyers, only adding to the appeal. 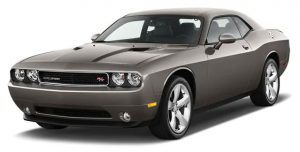 Claiming the top spot for the Sports Car category was the 2012 Dodge Challenger. The popular muscle car has won a Best Retained Value Award from Canadian Black Book for five years in a row.  While the coupe has a cool retro look that gets noticed no matter where the vehicle goes, the interior is surprisingly refined and modern. Among the advanced onboard technologies is a standard Uconnect 5.0 multimedia centre that can be controlled through voice commands. There's a lot to love about the Challenger, especially considering it's the most powerful and fastest production muscle car ever made. 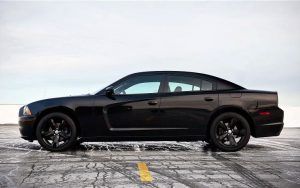 Another Dodge, the Dodge Charger, landed in the top spot for the Full-size Car category. Buyers can get the car in a wide variety of trim levels, allowing them to enjoy a vehicle that's tailored to their needs and preferences. Like the Challenger, the Charger features tough looks that hearken back to Dodge's storied past. Backing that up is the fact that the car is the fastest, quickest and most powerful production sedan in the entire world, making it a favorite with enthusiasts. The cabin is comfortable and decidedly modern, thanks to features such as available Nappa leather upholstery, Siri Eyes Free and more.

With any vehicle, depreciation is the biggest expense. Shoppers need to understand what kind of a retained value different models boast, helping them to make wise decisions. Josh Bailey, who is Vice President of Research & Editorial for Canadian Black Book, said that the annual Best Retained Value Awards are designed to help Canadian consumers single out the vehicles that retain their value better, saving owners money when they trade up for a newer model later.