If you yearn for classic muscle car styling but you don't want to compromise on modern equipment, features, technology, and driving characteristics, the Dodge Challenger has to be the first car you think of. Even in its entry-level form, this really is a genuine muscle car by anyone's measure, but go to the top of the range and you are venturing into the world of the truly legendary.

Where else would you start with a car like this other than its performance? Although there is actually plenty more to this car than just its performance, we'll consider other attributes when we discuss Dodge Challenger Hellcat specs later on.

There are several numbers considered legendary in the auto industry over the years, but few have become as iconic in such a short time as 707. Ask anyone with even a passing interest in modern performance cars what 707 means these days, and they're highly likely to tell you straight away it's the amount of horsepower developed by the 6.2-litre, supercharged Hemi V-8 in the SRT Hellcat. 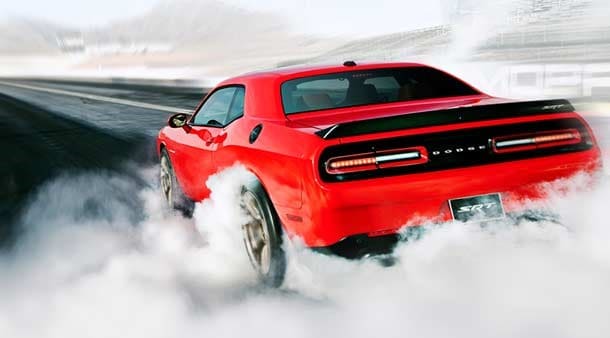 Although 707 horsepower is the headline figure, it's actually only one part of what makes this car so special. Another number deserving of equally high billing is 650, which is the incredible amount of peak torque developed by this amazing powerplant. Horsepower is all well and good, and it does give a good indication of how fast a car might be, but vast amounts of torque like this turn something fast into something devastating.

All that power gets the SRT Hellcat from a standing start to 96.5 km/h (60 mph) in just 3.6 seconds, and on to a top speed of more than 320 km/h (199 mph). That's genuine supercar territory and approaching what you'd expect from a current Ferrari. The big differences are; the Challenger weighs a whole lot more, seats more than two people, and costs ridiculously less money than its exotic Italian rival.

When it comes to the Challenger Hellcat's styling, it's tempting to simply put a picture here and tell you to take it in and enjoy. This current third-generation of the Charger has now been with us since as long ago as the 2008 model year, but this is where some of the true genius of the car shines through. By going for an unashamedly 1970's, retro-styling for the Challenger, Dodge has effectively made this car age-proof. It's hard to think of another car capable of approaching a decade in the market with so little refreshing of its styling that could possibly look as good as this. Perhaps the Porsche 911 or Jeep Wrangler could be considered, but neither looked as cool as this from day one. 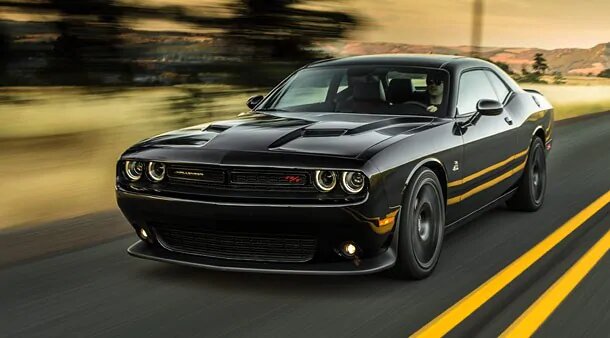 It may be one of the larger and blockier muscle car designs, but if you haven't fallen for the Dodge Challenger Hellcat's exterior styling, perhaps you don't like muscle cars as much as you think you do.

It would probably be churlish to suggest things get even better when you get inside the car, but it would be doing the Hellcat a disservice to overlook just how much the interior contributes to the overall package.

If you were expecting this performance monster to be all stripped-down, weight-saving minimalism inside, you couldn't be more wrong if you tried. This is a supercar you can live with all-day, every day, then go to the track at weekends, burn some serious rubber, and leave rivals in your rearview mirror. 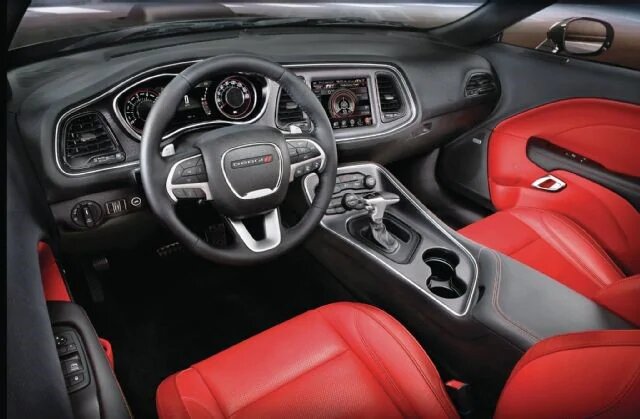 Even the trunk is absolutely enormous, with almost 460-litres of space making it the trunk you'd expect to find in a large family sedan. It may be a little shallow, but it's wide and long and could swallow several large suitcases without too much stress.

Adding two extra doors would make access to the rear seats easier, and it's one of the only areas you could think of to make this car any better than it already is. Then again, that would spoil the exterior styling of the Dodge Challenger Hellcat, and besides, there's already the Charger Hellcat if you want four doors and the same performance.

It really is hard to find any area in which to criticize this car, and finding something to complain about doesn't get any easier when you look at the price. It might cost more than twice as much as the entry-level Challenger SXT, but a Ferrari 458 offers similar performance to the Dodge Challenger Hellcat and that will set you back something like four times as much as a Hellcat.

With it being fabulous to drive, practical, comfortable and well-equipped, and with its stunning power and performance and incredible styling, what's not to love about the Dodge Challenger Hellcat?

Now we've established the fact the Hellcat is bordering on omnipotent, remember to check out our website for more details, then check out our current inventory of all our Hellcats and schedule a test drive.