There are quite a number of different reasons why we choose a particular color for our new vehicle. The most obvious reason for picking a particular shade is because it's what we like, but we also make our choices depending on trends, potential resale value, ease of maintenance, cost, and even just to be different from the crowd. Loud, bright, or even outlandish exteriors aren't for everyone, and they're not for every vehicle either. However, some brands and some models cry out for something beyond the norm, which is why it seems such a good idea that Dodge confirmed the expanded availability of its orange Go Mango at the 2016 New York Auto Show. All 2016 Charger and Challenger models will now be available to order in Go Mango, which adds to what is already one of the most exciting and invigorating palettes of any auto brand at the moment. 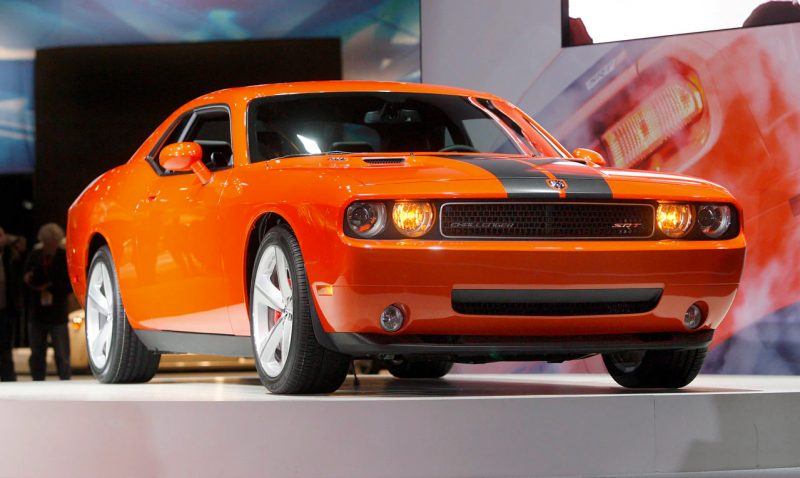 The real problem is that there are an awful lot more cars and buyers than there are colors to choose between, which often means we inevitably appear to gravitate towards the same few stalwarts when buying a vehicle at an auto dealership.

When it comes to the world of automotive paint, it appears the chicken and the egg both arrived at pretty much the same time as each other. What we're saying is that demand from buyers heavily influences which colors the manufacturers decide to create and offer.

Let's be honest here, if you were asked to name the three most popular vehicle exterior colors in the biggest auto market in the world (the United States), you'd probably get three out of three. According to trusted resource Kelley Blue Book, the most popular paints overall are currently silver (23%), white (15%) and black (12%). If you'd been asked the same question a decade or so ago, you'd probably have come up with the same answers and they'd probably still have been correct.

Aside from factors such as ease of maintenance and potential resale values, it's believed there are some common factors that push many of us towards the same old favorites. Robert S. Daily is a color-marketing manager of DuPont Automotive, which is a major paint supplier to the automotive industry. Daily believes it's our affinity for all things technological that lures us towards silver for example. Daily says:

"Silver and gray reflect our fascination with technology, such as seen in the brushed chrome cues on laptop computer covers and other electronic devices. Secondly, silver and techno-gray seem to accentuate the angular, 'new-edge design' of the latest luxury sport vehicles."

Whatever the reason for so many choosing it, silver continues to lead every segment of the car industry in terms of popularity except for Trucks/SUVs/Minivans, which are still dominated by white. Even then, silver still comes in as a close second to white.

We all like to think of ourselves as individuals that choose to go our own way, but the simple fact is that most of us inevitably fall into line when it comes to choosing the color of our new car. However, there are some cars that just look better in non-standard colors, and the Dodge Challenger and Charger are definitely two cars that come into that category.

Just think about it for a while. Few people would think that the Go Mango and the equally noticeable Plum Crazy are inappropriate hues for a Charger or Challenger. However, try to imagine colors like those on a Cadillac Escalade or Buick LaCrosse, and you quickly realize some things just aren't meant to be.

"Any customer can have a car painted any color that he wants so long as it is black."
- Henry Ford<

People often laugh about the days when Henry Ford famously quipped about the Model T. But how far have we come if 50 percent of all new cars are still painted in silver, white and black?

It's easy to make a case for white and black in particular being so popular. A few years ago, they were often the solid paint choices for new vehicles.  This meant it didn't cost extra to produce, as it did for a metallic color. Low-cost cars obviously sell in the biggest volumes, and that's the area of the market where a few hundred dollars extra for a metallic paint makes a big difference to buyers. You can therefore understand why so many consumers would go down the solid paint route, and consequently why there were so many white and black cars on the road. Today though, some manufacturers are even charging a premium for some solid colors, so the cost-to-buy argument doesn't hold up as strongly any longer.

The state of the economy in a market can even have an effect on vehicle colors, which means in tough times some people don't want to appear flashy or to flaunt the fact they can afford a new vehicle, and therefor go for something that doesn't stand out. But as things continue to get better for us here in North America, we appear to be less concerned with such matters, which is why we're starting to see more and more interesting auto paints being offered by some automakers. 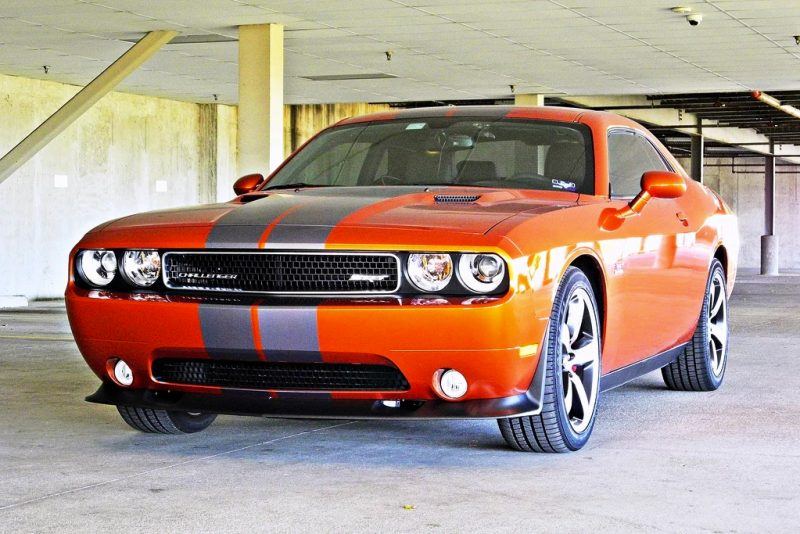 If Go Mango looks familiar to you, that's because it was first introduced by Dodge on the now-iconic, 1970 Challenger. A limited production run followed in 2006 on select Charger R/T Daytona models, and more recently it made another appearance on the 2016 Dodge Dart. This latest generation of the legendary, eye-catching exterior paint combines orange and red tones into a high-impact color that does a superb job of showcasing the legendary Dodge performance attitude.

You could consider Plum Crazy and the extension to the availability of Go Mango as a sign that Dodge dares to be different, and that its buyers are happy to scream to the world about what they're driving. But you only have to compare the 2015 and 2016 model year brochures for the Charger and Challenger to see that the equally-fabulous Sublime Green has been dropped this year. It just goes to show that colors beyond the norm are pretty cyclical, even for Dodge. On the plus side, if you love Sublime Green or you're not in the market in time to take advantage of Go Mango, it probably won't be too long before they come around again.

Whichever color you prefer, you can check our inventory and find the perfect Dodge Charger or Challenger. Then schedule a test drive!