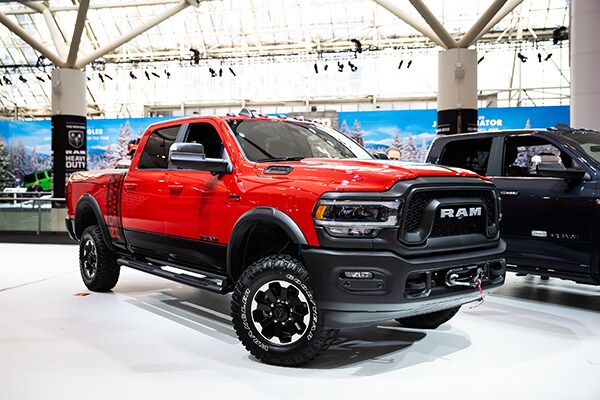 It's easy to assume all the big auto manufacturers reveal their latest and most important new models at auto shows in places like Detroit, New York, and Geneva, but there are plenty of brands that tailor some models specifically for the Canadian market. The Canadian International Auto Show is, therefore, the obvious event for showcasing these models, and FCA Canada did exactly that at the 2019 Canadian International Auto Show recently.

FCA has some of the most exciting and inspiring models under its Ram, Jeep, Dodge, Chrysler, and Fiat brands, and they have several trim levels that are exclusive to the Canadian market. And while Dodge didn't take its popular Journey and Grand Caravan models to either of the big shows in Detroit and Chicago last time around, both were proudly on display here. While the Dodge Challenger SRT Hellcat Widebody and SRT Hellcat Redeye Widebody were always going to attract a lot of attention, the bigger news at the show was the Canada-only 2019 Ram 1500 Sport that our American friends across the border can only admire from afar.

This is a big year for Ram as it has unveiled completely new generations of both its light-duty 1500 pickup truck and its heavy-duty equivalents. The 2019 Ram 2500 and 3500 models made their debut in Detroit, but this was the chance for Canadians to get a first look at the new trucks. As if those all-new models weren't enough to keep Mopar truck fans happy at the show, Ram also brought along the new 2019 Ram 1500 Classic Warlock Special Edition. The Warlock takes many of the elements of the fourth-generation Ram 1500 Rebel and blends them with the 2019 Ram 1500 Express, which has resulted in a particularly sporty package with an aggressive affordable price.

The fact we often have more trim levels of the Dodge Journey and Grand Caravan models to choose from here in Canada than they do in the US, tells you just how much more popular these versatile vehicles are with Canadian buyers. They might not be as exciting and alluring as the Challenger Hellcats that always draw a crowd wherever they appear, but families know just how perfect the Journey and Grand Caravan are for those all-important family duties.

Chrysler's model lineup might be a little truncated right now, but with the Chrysler Pacifica, it has the minivan by which all others are now compared. It was no surprise then that Chrysler brought some Pacifica minivans to Toronto for the public to get a good look at, and there was also a Chrysler 300S on display that will always have its loyal following as an unashamedly North American car that refuses to compromise in any way. It's also a bit of a shame the 300 doesn't get as much attention as something like the Dodge Charger sedan, especially as the Chrysler 300 outsells the Charger by a close three to one. 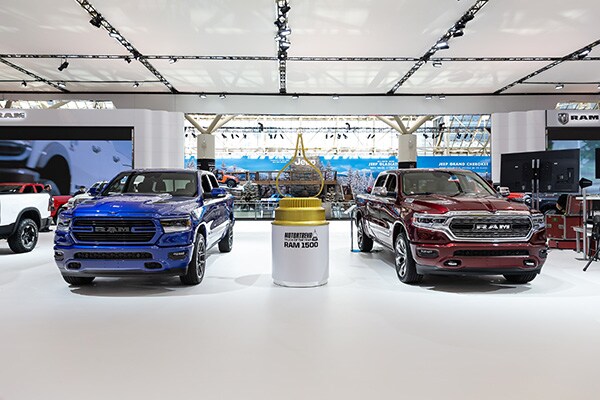 It's hard for brands like Fiat to make themselves heard of these days as cars of all types and brands are struggling to find buyers because of the ever-increasing popularity of SUVs and trucks, especially here in North America. Even so, anyone who takes the time to check out the sporty Fiat 124 Spider will find it's a fabulous little car that delivers the kind of fun driving experience you just don't get on the road with an SUV.

Jeep is huge in Canada, so it's no surprise its models took up the majority of the space available to FCA at this year's show. The new 2019 Cherokee, Grand Cherokee, Wrangler, Wrangler Unlimited and Compass models were all there. But the stars of the exhibit were undoubtedly the four versions of the all-new 2020 Jeep Gladiator making their Canadian debut at the show.

For more details about any of the current FCA lineup and to arrange a test drive don't hesitate to get in touch with CarHub the premier choice car dealer in Thornhill and Caledon, ON.