Why Fuel System Maintenance Service Is More Important Than Ever 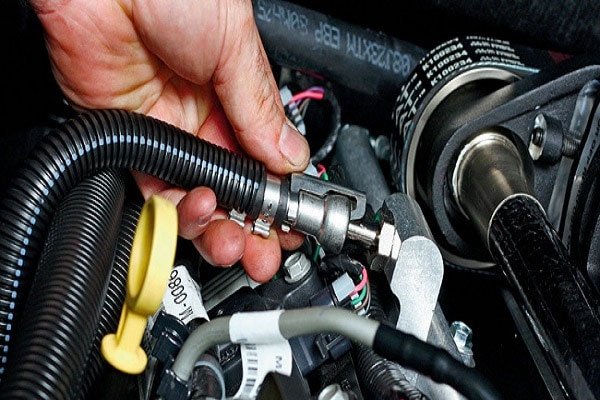 If there's one topic among consumers that seems to cause the most confusion it's Fuel system maintenance service. There are those who claim it's unnecessary while others extol its benefits. The answer lies in the facts.

First, you need to understand what exactly what fuel injection is and how it operates.

You engine works in a cycle of four steps. The first is the intake of outside air, accompanied by a measured amount of gasoline. The piston for that cylinder, propelled by the others, moves upwards to compress the mixture, and then the spark plug ignites the mixture pushing the piston down, turning the crankshaft to power the engine.

Early fuel injection systems were called single-point fuel injection and it basically replaced the mechanical carburetor with a single, electronically controlled fuel injector. While these systems were an improvement over carburetors, they weren't the most efficient mechanisms, and thus began the need for fuel system maintenance service.

The Move to Electronics

Then we move into the age of electronic fuel injection. The first port injection systems were a vast improvement over the single-point version and not just in a reduction in fuel consumed and exhaust emissions. Electronic fuel injected cars were more drivable, with more immediate response to the driver. Further they made more power even in the same engine.

These systems used injectors well upwind from the cylinders and are considered indirect fuel injection. They featured a single large opening from which the gasoline squirts into the airflow headed down to the cylinder. Again, and improvement over the previous system, but as the injector was relatively large and not pointed into the airstream they rarely became clogged, so some took that to mean that fuel system maintenance services were no longer needed.

Today we operate in an entirely different environment. Many engines now feature direct injection, where the injector actually protrudes into the combustion chamber like a spark plug. Further they've gone from a relatively large single hole spraying the fuel to injectors with 25 or more nearly microscopic holes to create a fine mist in the combustion chamber. The issue today is that tiny particles that slip past either the fuel filter or the air filter can become embedded in one of the fuel injector's holes, reducing its operational efficiency.

Further today's fuel injection systems operate under tremendous pressures so should an injector become fully clogged the results could be catastrophic.

And finally, as more and more independent and low-price gasoline stations appear, they often forgo an expensive detergent additive that helps clean injectors in order, to maintain a lower cost at the gas pump.

As a result, a Fuel System Maintenance Service has become more important than ever.

If you have more than 100,000 km on your car, truck, or SUV, or you feel as though the performance of your vehicle is less than when it had been new, it might be time to have your fuel injection system inspected by the factory-certified technicians as Caledon Chrysler. They'll perform a thorough inspection of your Chrysler, Dodge, ram, or Jeep fuel system, and only if they find evidence that a Fuel System Maintenance Service is required will they recommend it to you.

So make an appointment online with the Caledon Chrysler service centre. They're well regarded for their factory-trained technicians, state-of-the-art equipment, and their legendary customer service.