Ram Truck will support a team comprised of Arizona businesswomen; Nena Barlow of Barlow Adventures, and Kande Jacobsen of Adventure Driven, by supplying a 2016 Ram Rebel for them to use in the upcoming Rebelle Rally. However, a satellite navigation system won't be one of the features of this particular truck. The Rebelle Rally is a completely new event this year, which, rather than being a straight race to the finish, is actually a test of navigation skills and off-road driving prowess. The event will cross several areas of the southwestern United States during October, but although the vehicles being driven are unlikely to be anything but retro, how participants will navigate certainly will be. 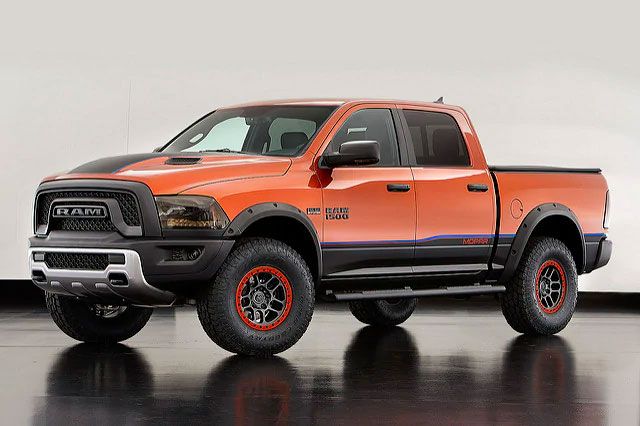 Standard truck in a non-standard event

Although the event itself is anything but standard, the truck Barlow and Jacobsen will be competing in is just the same as one anyone can go out and buy right now. Being a test of navigation as well as off-road driving skill, navigation wouldn't be too challenging if participants were using vehicles fitted with the latest advanced electronic navigational aids. Instead, all navigation will be conducted using little more than a map and a compass. 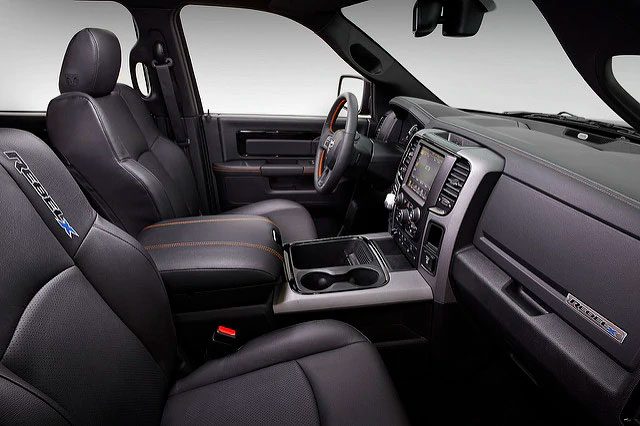 As well as no electronic navigational aids, there also won't be any upgrades to the Ram Rebel's drivetrain or suspension to help cope with grueling demands the Rebelle Rally is sure to put on the participating vehicles. There are plenty of rally events around the world where the public can go and buy a vehicle based on the competition vehicle, but even those are often some way away from the real thing. In this case, anyone will be able to go and buy a Ram Rebel exactly like the one being driven by Barlow and Jacobsen as what they will be driving is totally stock, just the way it left the production line.

A truck to be reckoned with

A map and compass may not be particularly remarkable equipment, but despite being a totally stock model, the 2016 Ram Rebel is a remarkable vehicle. It's no wonder the Rebel is so popular with folks in the Caledon, Brampton and Mississauga area, as "Maybe we should head back" isn't a phrase you'll ever hear associated with it, no matter how bad the weather and conditions get. Riding on a set of 33.0-inch tires, with underbody skid plates, a 3.92 axle ratio and producing 396 horsepower and 410 lb.-ft. of torque from its 5.7-litre HEMI V-8, this really is a truck to be reckoned with. 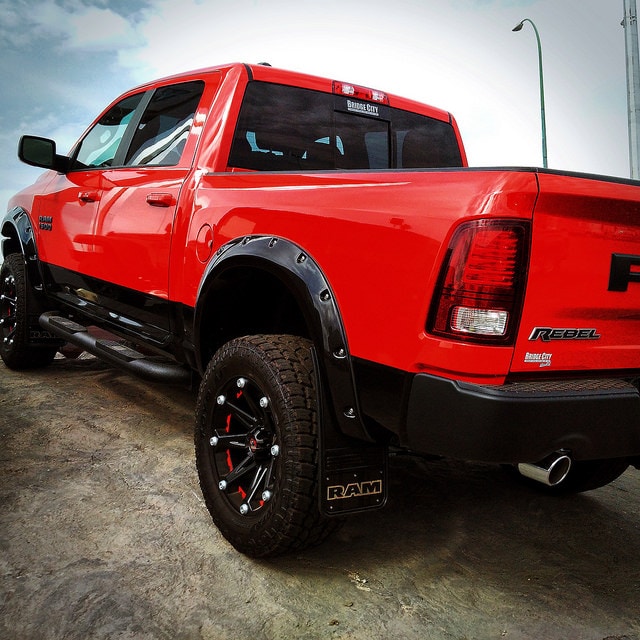 As well as being the owner and operator of Barlow Adventures, a Jeep rental and 4WD training company, Nena Barlow is also the only woman so far to have ever been certified by the International 4WD Trainers Association. Meanwhile, Kande Jacobsen brings to the team a background of experience all about the outdoors, including, hiking, horseback riding, dirt biking, orienteering and off-roading. Barlow will be designated as the team's driver, with Jacobsen occupying the equally important role of navigator. However, both women possess incredibly strong driving and navigating credentials they'll be bringing to the partnership, which means the roles can be reversed as and when required.

It might be expected that I would show up in one of my modified 4x4s, but I want to encourage people to get out and explore with whatever they have. I will be driving a totally stock Ram 1500, just like anyone can go out and buy today, not some expensive custom competition rig. The Ram Rebel comes ready to go." - Nena Barlow

Join in the Fun

The Rebelle Rally will be held across portions of the southwestern United States for the first time this year during October. Prior to the main event getting underway, there will be meet-and-greets as well as 4WD events and training with Ram trucks being held throughout Northern Arizona. To get others even more involved and engaged with this new event, Barlow Adventures is running a competition on Facebook to find a name for their Rebelle Rally team.

Those not taking part in this year's Rebelle Rally can still enjoy the fun and thrills of a 2016 Ram Rebel just like the one Barlow and Jacobsen will be competing in. Now everyone knows the truck they're driving is totally stock; remember to check out our website where you can find more details on the Rebel, browse our current inventory, and even schedule a test drive in this fabulous pickup truck.