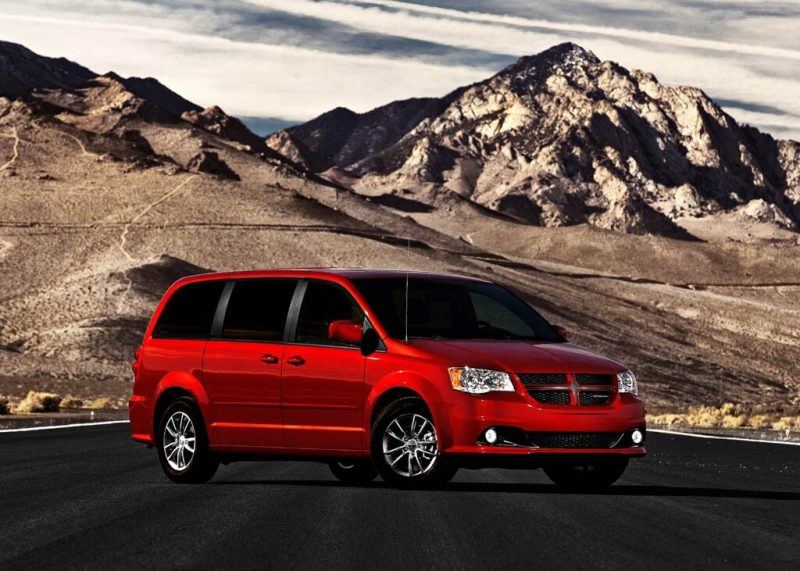 After 30 Years, 2016 Dodge Grand Caravan Still Pulls Away From The Rest

It's been Canada's best-selling minivan for more than 30 years. Any Dodge dealer will tell you that sort of record doesn't happen by accident; the combination of quality and innovation that's the Dodge Grand Caravan has kept it on top of the competition and in the minds of customers looking for a good value.

That combination hasn't changed for 2016. Built in Canada, the 2016 Grand Caravan is still the one to beat in the provinces for standard equipment, cargo room and handling. Once you stop by a North York Dodge dealer, you'll truly understand why the Grand Caravan has stayed consistently in the forefront and ahead of its competitors.

The 2016 Grand Caravan has Dodge's durable 3.6-liter Pentastar Variable Valve Timing (VVT) V-6 engine, and it's the most powerful in its class turning out 283 horsepower. It's coupled with a six-speed automatic transmission that helps crank out 260 lb.-ft. of torque. The Car Connection's Marty Padgett especially enjoyed what he called, "an abundance of strong low- and mid-range power."

Despite having the strongest engine in its class, the Grand Caravan doesn't skimp on the gas mileage. In tests by Canada's Office of Energy Efficiency, it turned in fuel economy numbers of 21 mpg in the city and 30 mpg on the highway. It can also tow up to 3,500 pounds when properly configured, giving you cargo space both inside and outside.

A Cabin That Holds You and Your Loved Ones in Comfort

The base model known as the Canada Value Package or CVP comes with a number of standard features normally sold as options on other minivans. It comes with power locks and power front windows, and also has a luxury steering wheel with audio and cruise controls. Those audio controls put Dodge's Radio 130 multimedia centre at your fingertips, and you also get dual-zone climate control, a tilt-telescoping steering column, and a sliding door alert warning.

Move to the back, and you get Dodge's patented Stow n' Go system that allows you to fold the second and third row of seats directly into the floor so you can carry more cargo. Three 12-volt power outlets also come standard, and there's 33 cubic feet of storage behind the third seat. Drop the seats down into the floor and you have 143.8 cubic feet of space to haul just about anything you want. Leave the seats up, and you have room for seven passengers.

Dodge offers the Grand Caravan in additional trim levels besides the CVP. The SE Plus also offers 17-inch wheels, deep-tinted sunscreen glass, and power windows for the second and third rows. The SXT adds more convenience features like a floor console with cup holders, easy-clean floor mats, second row Super Stow n' Go seating that retracts with the flick of a switch, and a black-colored Stow n' Place roof rack storage system along with power sliding rear doors. You also have the option of a 10-way power driver's seat including two-way lumbar adjustment.

The SXT Premium Plus has black Torino leatherette seats with suede inserts, and a 10-way power driver's seat comes standard. You also get a leather-wrapped steering wheel along with a leather-wrapped shift knob, a black headliner with overhead console, and Piano Black interior accents. Options include Dodge's Radio 430N Multimedia Centre with Garmin Navigation7, a trailer tow package, a DVD entertainment system, and SiriusXM satellite radio with a one-year subscription.

The Crew Plus version goes all out for comfort, with power driver and front passenger seats that are heated as well. All seats are leather-faced, and a Radio 430 multimedia centre with six speakers and a 6.5-inch touchscreen comes standard paired with a rear back-up camera. There are swiveling reading lamps for the rear seats, and it comes equipped with dual sliding rear doors and a power tailgate. It also has a 115-volt outlet and a universal garage door opener.

But the top-of-the-line model carries an old and venerated designation. The Grand Caravan R/T, unlike the other trim levels, was built with a performance suspension. It has remote start, an all-black interior with red accent stitching, heated second-row seats and a heated steering wheel, and 17-inch wheels with gloss black pockets. The nine-speaker audio system with subwoofer and 506-watt amplifier will keep you entertained with tunes, while the optional Blu-Ray/DVD video entertainment system with a 9-inch screen can keep passengers in the rear happy.

You can also add the R/T-specific Safety Sphere group which gives you rear cross-traffic detection, blind-spot monitoring, automatic wipers and rear parking sensors. But the standard equipment on the 2016 Grand Caravan is impressive; it comes with a driver's knee airbag, side curtain airbags, front seat side airbags, and active head restraints.