You can't really mention Dodge or muscle cars these days without thinking straight away of the Charger and Challenger Hellcats, and it's not hard to see why. The breathtaking levels of power and performance these cars deliver is quite astonishing, especially at such reasonable prices at our Dodge dealership. However, there's more to Dodge performance than just the Hellcats, so here's a list of ten models that should be considered as performance icons of the brand.

The current Dart is a very different animal altogether from this superb Dart GTS with its 440-cubic-inch "Magnum" V-8 engine. There were three different sizes of engine offered at the time in the GTS, but the 440 was the one to have. Its 375 horsepower and 480 lb.-ft. of torque could get you to 100 km/h in around five seconds, and eat up the quarter-mile in 13.3 seconds. 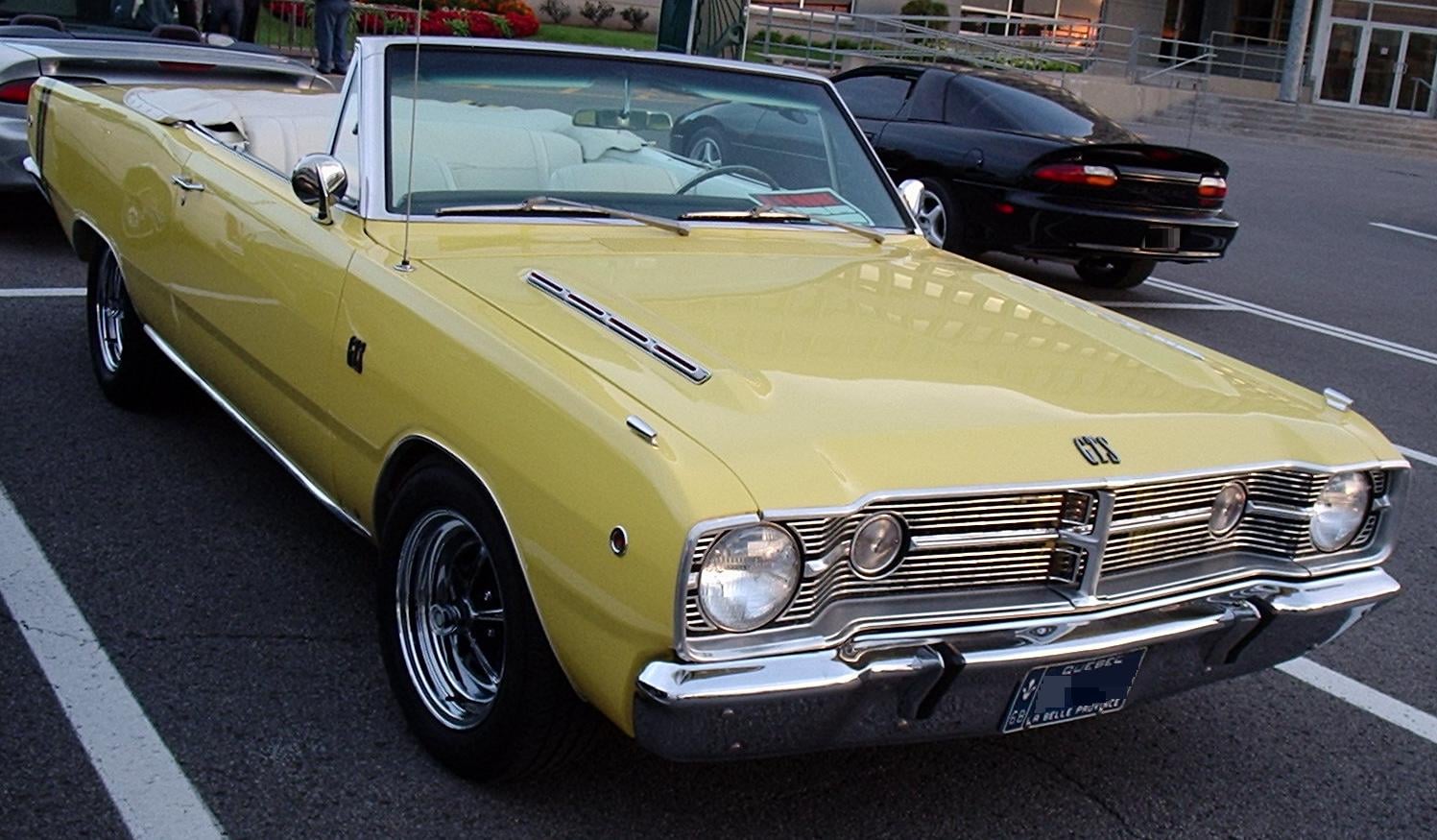 While the 440 Magnum V-8 had a Carter quad carburetor, Dodge engineers fitted three Holley two-barrels on an Edelbrock manifold to it for the Coronet Super Bee, which gave the car its "Six Pack" designation. This increased the engine's output to 390 horsepower and a massive 490 lb.-ft. of torque. Although the Hemi Super Bee slightly outperformed the Six Pack, the incredible value it offered from the bottom of the Dodge's range at the time made it something pretty special.

The Charger pretty much defined big American muscle by the late 1960s, especially when "Hemi" and "R/T" were associated with it. The final year of this run is generally regarded to be the best of the generation, and who are we to argue? The 1970 Charger R/T featured the familiar 426 Hemi V-8 from the preceding years and developed 425 horsepower and 490 lb.-ft. of torque. However, what 1970 also delivered was unquestionably the Charger's best styling so far with that chrome loop front bumper and the full-width tail lamp housing that's really about as cool as it gets. 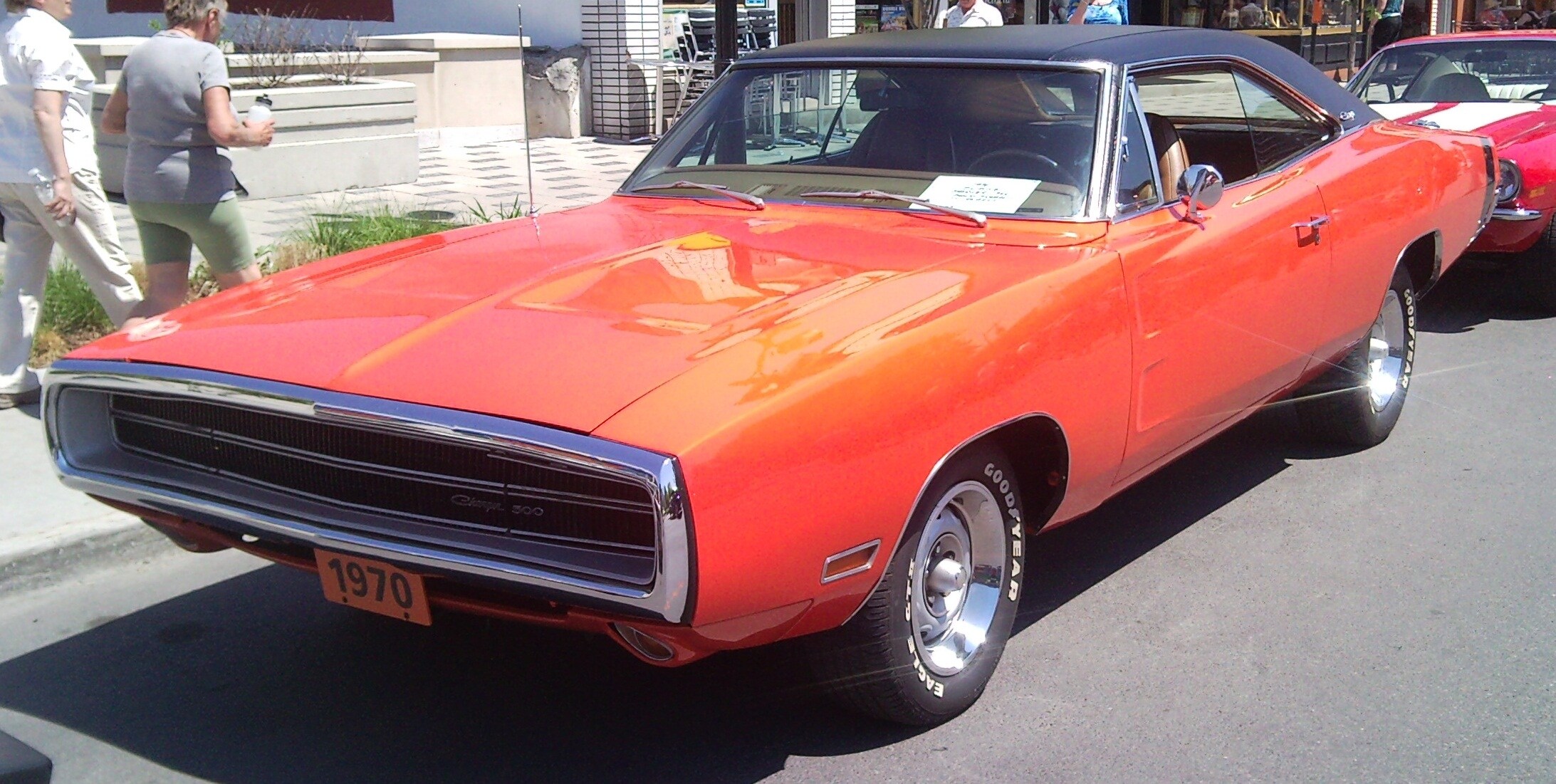 Some of the music may have been a bit questionable in 1970, but there's little disputing the quality of what Dodge was turning out at the time. As well as the Charger R/T Hemi there was also the fabulous 1970 Challenger T/A. This one might not have been the fastest Challenger of its time, but it was definitely the most race-ready. Some 2,539 Challenger T/As were built by the automaker for the street that were even more insane than their race-ready cousins, in order to comply with the Sports Car Club of America's (SCCA) homologation rules. The car's 340 V-8 engine only claimed to produce a relatively modest, 290 horsepower, but true output was actually put at nearer to the 350 mark. 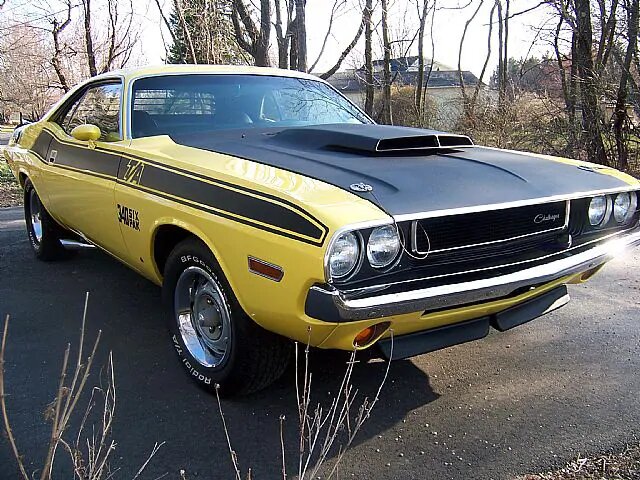 After a long period of the industry concentrating on fuel economy in the face of record gas prices, Dodge broke out from that straightjacket with this 1986 Shelby Omni GLH-S. The partnership between Dodge and race-legend Carroll Shelby produced a number of Shelby-badged offerings, but this was the best. With its 2.2-litre turbocharged inline-4 developing 175 horsepower and 175 lb.-ft. of torque, the OMNI GLS could do 0-100 km/h in less than 7 seconds and was Dodge's first and only true hatch. 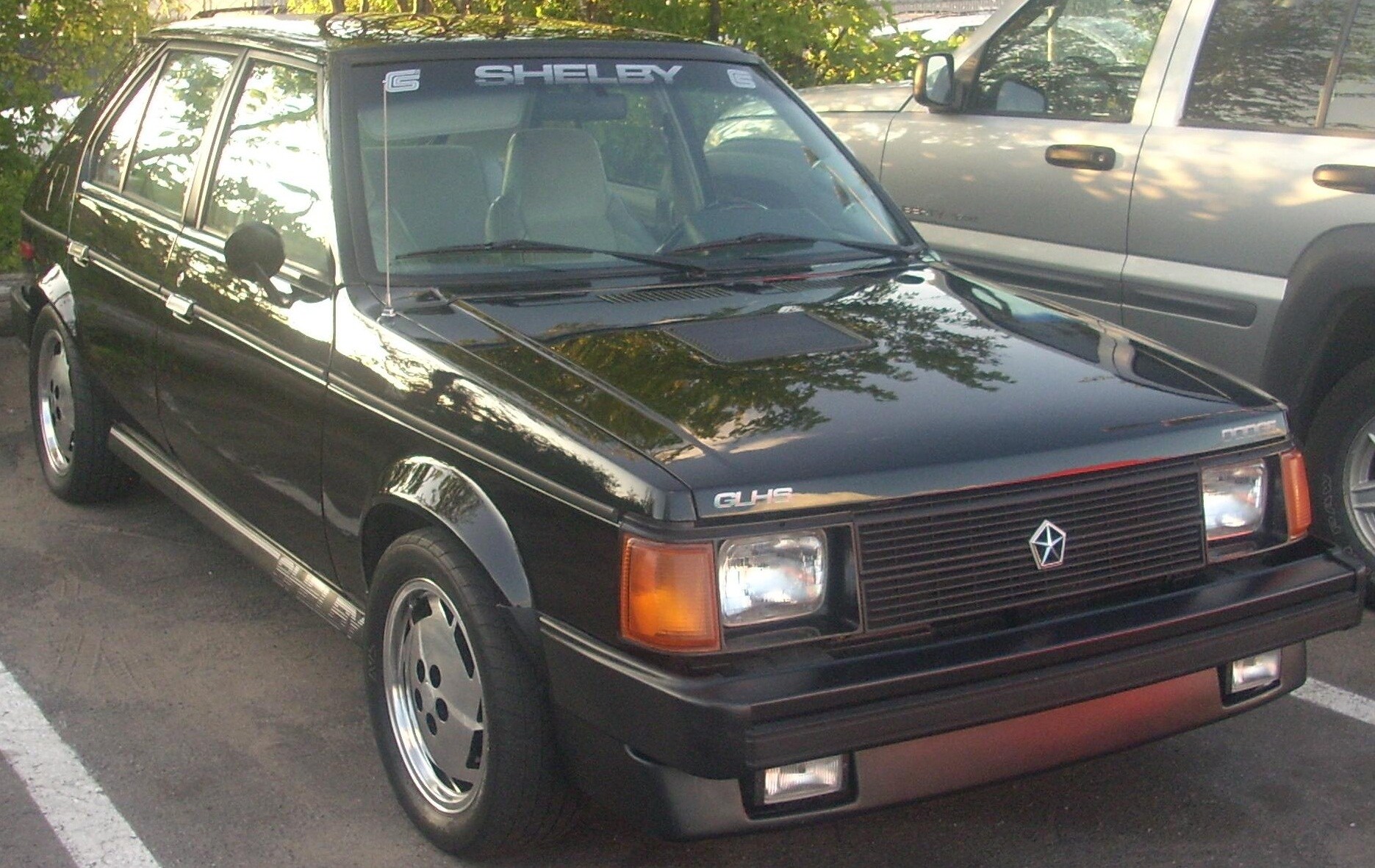 Nothing really says Dodge Performance better than the Viper name, so this first-generation has to be included on this list. The Viper launched with an 8.0-litre V-10 from the company's Ram trucks division, which gave it 400 horsepower and 465 lb.-ft. of toque. It also kept the identical styling to the concept that preceded it, and the production model was a pretty scary ride for even the most experienced drivers. Talk about hard-core; the 1992 Viper RT/10 came with no roof, side windows, or air conditioning, and didn't even bother with traction control or ABS! 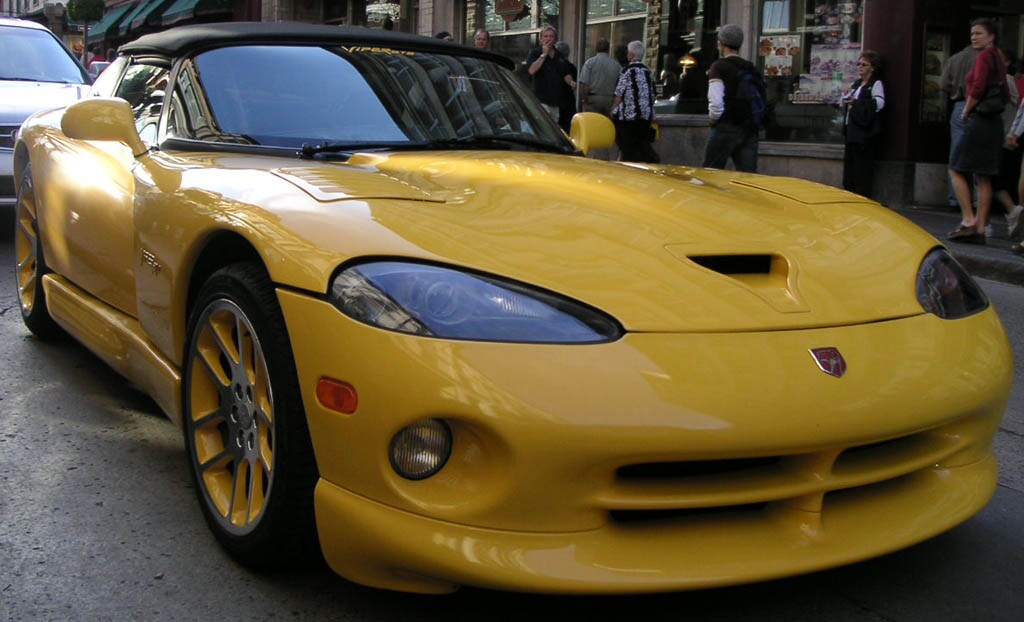 Including a Neon on a list of performance cars may cause a few sharp intakes of breath, but the SRT-4 was quite the pocket-rocket. It may have been based on an economy car, but the Neon SRT-4 boasted a 2.4-litre turbocharged inline-4 producing 230 horsepower and 250 lb.-ft. of torque in a small, lightweight package. At the time, only the Viper was faster in the entire Dodge lineup. 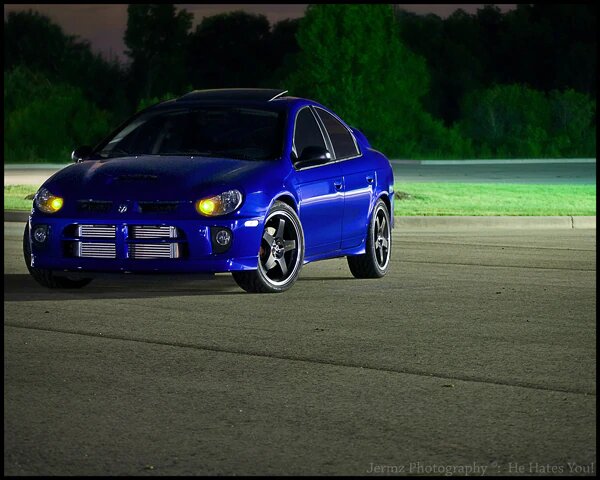 Muscle is back on the menu here with the resurrection of the Charger in 2006, and especially in its SRT-8 guise. It may have dismayed some Mopar enthusiasts with its sedan-only format, but it forged its own niche as the world's only four-door muscle car. This Hemi-powered SRT-8 version put out 425 horsepower and 420 lb.-ft. of torque from its 6.1-litre V-8, and was a true throwback to the company's heyday that paved the way for the awesomeness that was to come later. 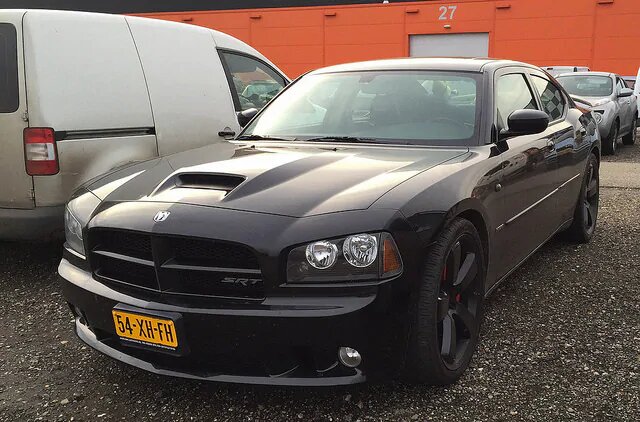 Dodge had the audacity to kill off the Viper for a short while, but soon saw the error of its ways in 2013 when it thankfully brought the snake back to life. The 2013 SRT Viper was a lot more user-friendly than its predecessors, but it hadn't gone soft by any means. This re-born Viper now benefitted from a 8.4-litre V-10 monster of an engine that developed 640 horsepower and 600 lb.-ft. of torque, which made it capable of speeds beyond the 322 km/h (200 mph) mark. That power plant made it Dodge's most powerful car of all time, until of course, a certain "challenger" came on the scene to take its crown. 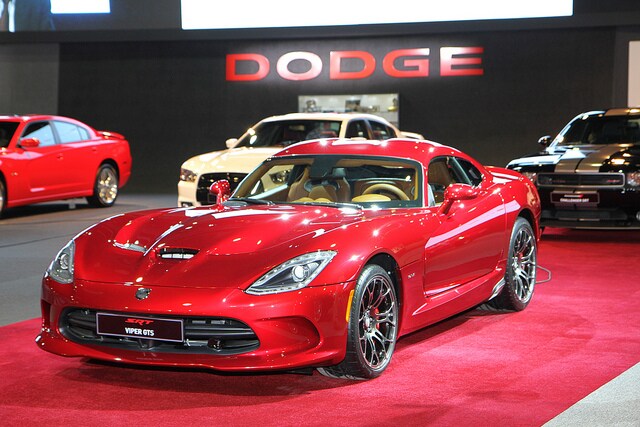 There isn't much to say here that hasn't already been said numerous times about the Challenger SRT Hellcat to be honest. That doesn't stop it taking top-spot on our list though. You all know the numbers; 707 horsepower and 650 lb.-ft. of torque delivering a (limited) top speed of 320 km/h (199 mph) and 0 to 100 km/h in around 3.5 seconds. The Challenger SRT Hellcat caused a huge splash in the auto world when it was launched, so it hardly a surprise that Dodge struggled to meet demand at first. Dodge is now designated by FCA as its performance brand, and it's hard to argue with that designation when it comes with cars like the Hellcat. 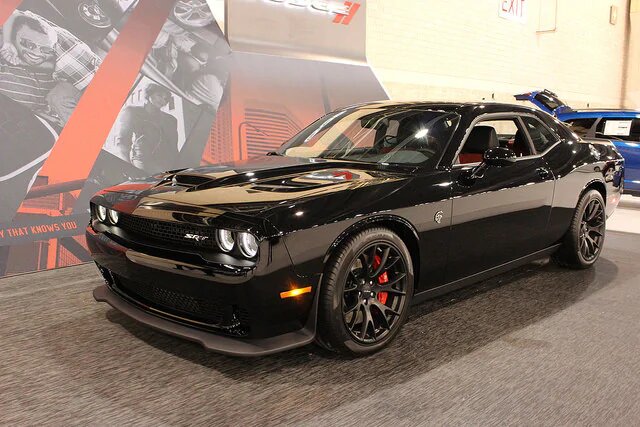 Now that your appetite has been whetted, don't forget to take a look at the current Dodge inventory on our website.

Call us to schedule a test drive before coming down to visit our dealership.