What Is That Warning Light

Home » What Is That Warning Light

What Is That Warning Light

The Five Most Important Warning Lights on Your Car, Truck, or SUV And Why You Need to Know Them 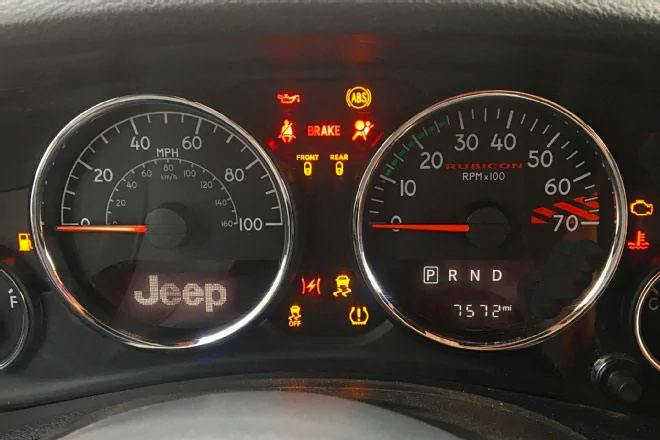 There are a standardized set of 15 warning lamps in every car, truck, or SUV sold in Canada over the last few years. Each has a specific meaning and a related action. Some are merely advisory while others are more urgent warnings. Let's go through the top 5 most important to reduce your sense of panic should any one of them become illuminated. You should familiarize yourself with the other 10 warning lights by reading that section in your owner's manual.

What it looks like: Yellow. A cross section of a tire with exclamations point (!) in the middle.

What it means: The pressure in one or more of your tyres is extremely low, which creates a safety hazard. Stop as soon as practical at a service centre to check all four tyres and inflate any that are below the manufacturer's recommended tyre pressure. They'll be hot at the time so you'll have to reset them after you've stopped driving for at least two hours. An investment in a reliable tyre gauge is money well spent, and every so often, check the pressure in your spare.

What it looks like: RED. An old-fashioned glass thermometer your mom probably still has in her medicine cabinet. It looks like it's floating on the waves, and there are three bars on the right side of the thermometer, like lines on a measuring cup.

What it means: This is one of the worst. Your engine is too hot and you need to take action. First turn the inside temperature control to HOT, and turn the fan on HIGH, which allows your heater to function as a second radiator. Pull off to the side of the road as soon as it's safe. Call the CAA, a towing service, or Caledon Chrysler, who can arrange for a tow. Don't even open the hood. There's nothing you can do there except burn yourself.

What it looks like: RED. It looks like an old-fashioned oil lamp, but instead of a flame burning, there's a drop of oil dripping.

What it means: The oil level in your engine has fallen below a predetermined level. It could be from a little extra normal oil usage because of a skipped oil change or maybe something more serious. Get to a safe place, and turn off the car (and don't turn it on again until you have a better idea what's going on). Open your owner's manual and follow the instructions on how to check the oil. If the oil is just a little under the specified level, drive cautiously to the nearest service centre to top off the oil. If it's well below the specified level, do not start the engine. Instead call CAA, a tow service, or Caledon Chrysler who will arrange for a tow.

What it means: There's a failure in your vehicle's electrical system and all systems on your car, from the ignition to the stereo, are all running off the battery. The battery was selected by the manufacturer to run the vehicle for a brief period of time, but it's best to get it to Caledon Chrysler as soon as possible. While driving there, turn off everything electrical that you can: radio, navi, cell phone chargers, video screens, air conditioning, fan, etc. Be aware there's a likelihood that if you shut off the vehicle there won't be enough energy left in the battery to restart the engine.

What it looks like: RED. A seated person with a large ball on their lap.

What it means: There's a fault in your airbag system that may or may not operate correctly in the event of a collision. What makes this warning particularly dangerous is that there's no steam rising from under your hood or other indication something's wrong. You may feel like you're a safe driver and can put off a trip to the dealership. But no one has ever been able to schedule an accident. They happen when you least expect it. So for your safety and for the safety of your passengers, drive into Caledon Chrysler just as soon as possible. They can read the code the vehicle's computer is sending indicating exactly the nature of the fault.

In case you're wondering, there are three levels of warning: red, yellow, and green. We've covered four of the five red warnings, the fifth being the seat belt reminder.

To learn more about the warning lights in your Chrysler, Dodge, Ram, or Jeep come into Caledon Chrysler in Bolton and we'll walk you through your complete instrument panel, as well as address any issues you might have operating the navigation or infotainment systems.