When Its Time For A New Battery

Home » When Its Time For A New Battery

When Its Time For A New Battery 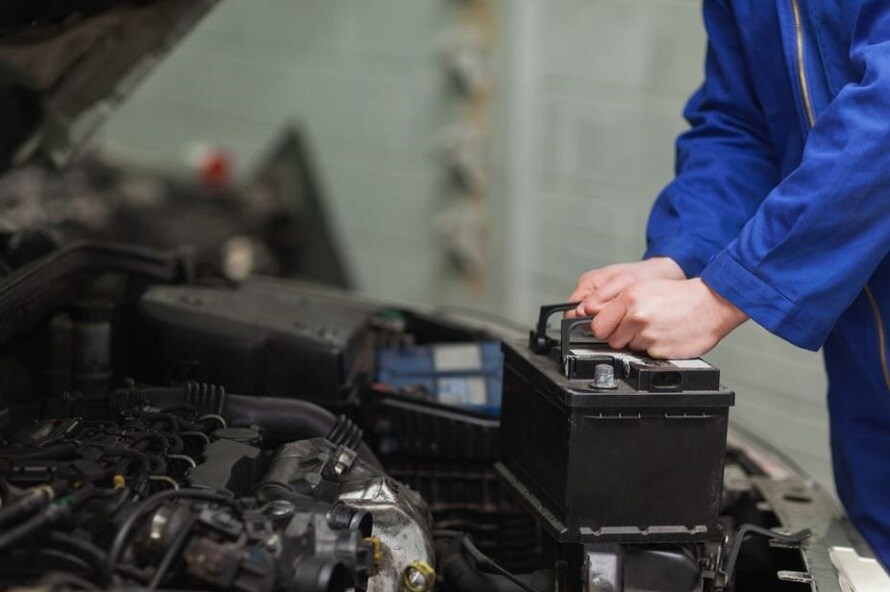 Worrying if you need to buy a new car battery can be stressful. Nobody likes the idea of their vehicle not starting, especially during the cold winter months, when car battery replacement needs are far more common.

While a new car battery certainly isn't expensive, it's nice to know when you really need one, instead of replacing yours too early. We've put together this useful kind that will help you determine if you might need a new battery or not. Of course, our car service centre at Caledon Chrysler Dodge Jeep Ram is willing to help. Contact us today to set an appointment to have your battery tested or replaced.

When you turn the key in your ignition, or you press the button, the engine might not start up right away like normal. This is known as slow engine crank, because the crank in the bottom of the engine takes longer to start spinning.

Slow engine crank is something you should always pay attention to. It might mean your battery is dying, but it could.

Even more obvious is when indicator lights illuminate on the dash. You should never ignore their warnings, because to do so is to risk a serious problem.

You might see the battery light, which looks like a small battery, turn on. It means the battery needs attention. A check engine light, the one everyone dreads seeing, might also indicate it's time to get a new battery.

Under normal conditions, your battery has flat sides. If you notice any bulges anywhere on the surface, that's a telltale sign that you need a new battery immediately. Left unchecked, a bloated or bulging battery could easily burst, making a mess and leaving you stranded.

As batteries become old they can fall victim to corrosion. Pay attention to any stains or materials building around the exterior of your battery, including on the terminals.

Also, pay attention to any smells when you open the hood. An aging battery can put off rather pungent odors.

Car batteries unfortunately don't last forever. If yours is 4 to 5 years-old, expect the strong possibility of problems. As a battery ages, it will hold less of a charge. That means you're more likely to turn the key or press the ignition button and nothing happens.

Quite a few factors will shorten the life of any battery. Heat, especially during the summer months, can make the battery fluids evaporate. Vibrations from the road can damage the internal plates. If you take short trips frequently, the battery won't fully charge, also cutting down its lifespan. Also, all the modern devices like GPS, tablets, and smartphones draw electricity from the battery, hurting its life.

Weak batteries increase the load on the entire charging system for your car. That, in turn, can cause the solenoid or starter motor to prematurely fail.

Bring your vehicle into the Mopar service centre at Caledon Chrysler Dodge Jeep Ram today, where we can check battery life and perform other vital services.