A Look Back at a Three-Row Jeep Wrangler Oddity

Home » A Look Back at a Three-Row Jeep Wrangler Oddity

A Look Back at a Three-Row Jeep Wrangler Oddity

This year will see the release of not one but two vehicles that Jeep fans have been pining for for as long as Jeeps have been around. The three-row Jeep Grand Cherokee L and three-row 2022 Jeep Wagoneer. These are seriously large SUVs and they have some seriously devoted fans in the legions of Jeep fans who can’t wait to see them released.

But what’s this? A Jeep Wrangler three-row oddity has been uncovered from all the way back in the 90s?

Jeep people who know that it’s a Jeep thing that others just wouldn’t understand just had their socks knocked off.

Where did this stretched-out version of the usually stubby Wrangler come from? What was its purpose and who gets to call themselves its proud owner? This oddball presents a bit of a mystery and though it’s not the wildest Wrangler build we’ve seen in our day, it deserves a spot in the weird and wild hall of fame.

At CarHub we love Jeeps that come in all shapes and sizes and this stretched-out Wrangler is far from an exception. So let’s take a look at how this stretched out yellow Wrangler came into existence and some of the neat specs surrounding it. 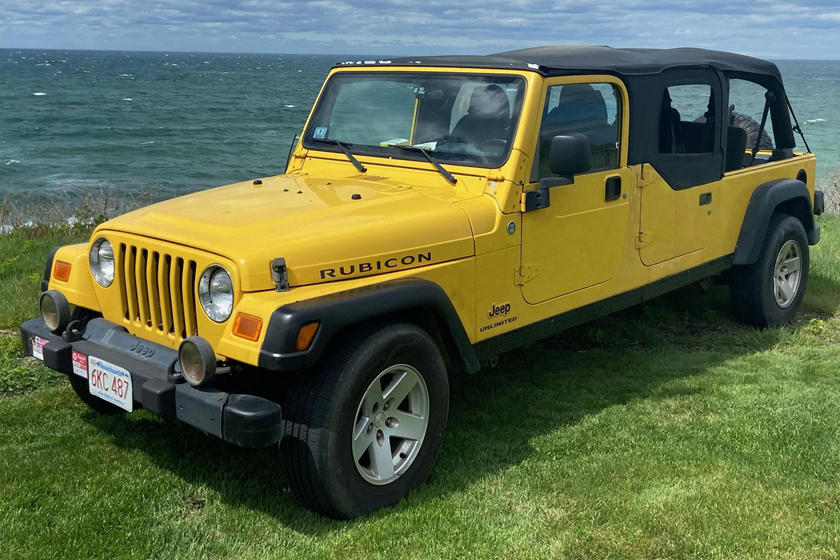 Where’d it Come From?

The Jeep Wrangler Unlimited changed what Jeep fans could expect in seating but before then, a low amount of seats was the norm. That fact may be what spurred a Wrangler owner to chop, stretch and re-arrange his 2006 Jeep Wrangler.

Once the dust had settled on the revision, the Jeep Wrangler limo sat on a wheelbase that was 4.5 feet longer than the factory model. The owner of this big beast enlisted the help of a welding service to cut it, stretch it and add two rear half doors. That means bring on the passengers but unlike newer iterations of three-row Jeeps, this mashup Wrangler was not meant to hit the trails. It’s a limo, not a bouldering limo.

We know what you’re thinking; it’s a neat Jeep but what’s going on under the hood? That’s always the most important question when you get right down to it so don’t worry we don’t intend to leave you hanging on that question. Under the hood you’ll find the stock 4.0 liter straight six inline-six engine which will kick out 190 horsepower and 235 lb-ft of torque. It’s also got the standard features that you may expect from a mid-90s Jeep Wrangler that was built for function first and foremost, such as 16-inch wheels, fog lights and - wait for it - a CD player. 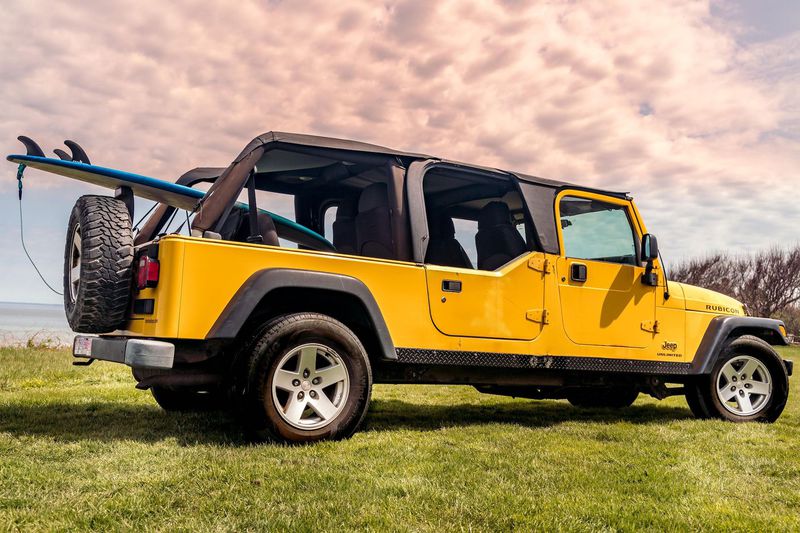 Three-Row Jeeps on the Horizon

You can book an appointment today to speak with a friendly Product Advisor to learn everything that you can about the three-row Jeeps that we have coming soon!

Categories: Know Your Trim, Get To Know Your Car, The More You Know, Story