How do you do justice to the anniversary of a time-tested classic that remains a symbol of rugged, off-road capability for its legions of fans?

If the company is Jeep that’s looking to fete one of the most stalwart warriors you stick to the qualities that vaulted you to the top in the first place. A perfect mixture of the toughness to tackle the wilderness and the genteel sensibilities to cruise the city streets in style. You’ll also add all of the knick-knackery that the Jeep Wrangler is known for like the patented seven-slot grille that the Jeep Wrangler is known for paired with rounded headlights and more functional attributes such as the removable side doors and a teardown roof that allows varying degrees of open-air fun for the person behind the wheel.

Then, to make the arrival of the Jeep 80th-anniversary edition special, up the ante and toss some modern tech into the mix. That’s the Jeep way: maintain an eye to the storied past while offering a bit of modern flair to your vehicles.

Jeep is also known for offering an incredible array of options in its vehicles, and that is no exception in the Wrangler line. Part of the fun when it comes to choosing a Wrangler is mix and matching the features to bring the Wrangler that is perfect for you into your life.

One thing to note is that north of the border, the 80th Anniversary Edition is not available as a model as it is state-side but instead is offered as a car trim on the Sport S and Sahara trim levels. In Canada, the Unlimited Sahara will get you remote proximity keyless entry, heated front seats, a heated steering wheel, and a remote start system which are all lacking on the American equivalent.

The Wrangler Sport Unlimited S 80th Anniversary Edition matches a 285 horsepower, 260 lb-ft engine paired with a six-speed transmission for enough power to handle anything that the wild road can toss its way. If you think you need a little more roar in your step though, you can upgrade to an eight-speed automatic that adds eTorque technology to the mix for a mild-hybrid boost to the V6 power center. 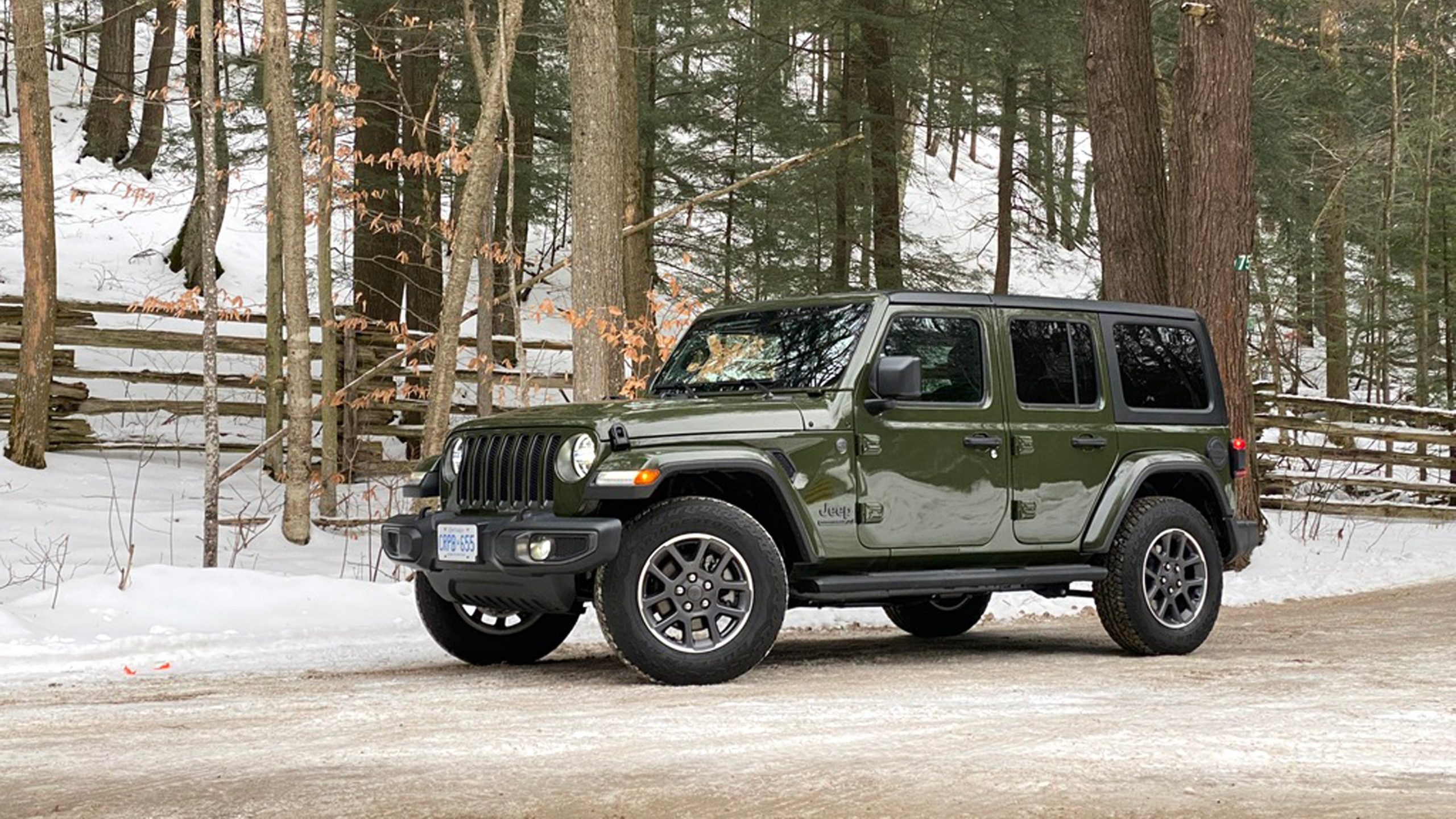 The 80th Anniversary edition of this model will get you a boost with a 2.0-liter four-cylinder turbo which is normally an optional addition. The turbo boosts the power to 270 horsepower and 295 lb-ft. Don’t worry, for all of its classy good looks that will keep you wanting to polish and baby this beauty, it’s off-road tested and prepared to get nasty with an optional SelecTrac full-time 4WD system and Trac-Loc limited-slip rear differential to manage any greasy terrain that you may encounter.

On the inside you’re going to be looking at Stellantis’ fantastic connectivity system, uConnect, which pairs with and allows integration with Android Auto, Apple CarPlay, navigation and entertainment apps, and a seven-inch display screen located on the center console. You’ll also get heated steering, heated seats, remote start to round out the bells and whistles that add just a pinch more comfort to a vehicle that’s otherwise focused on rugged capability. 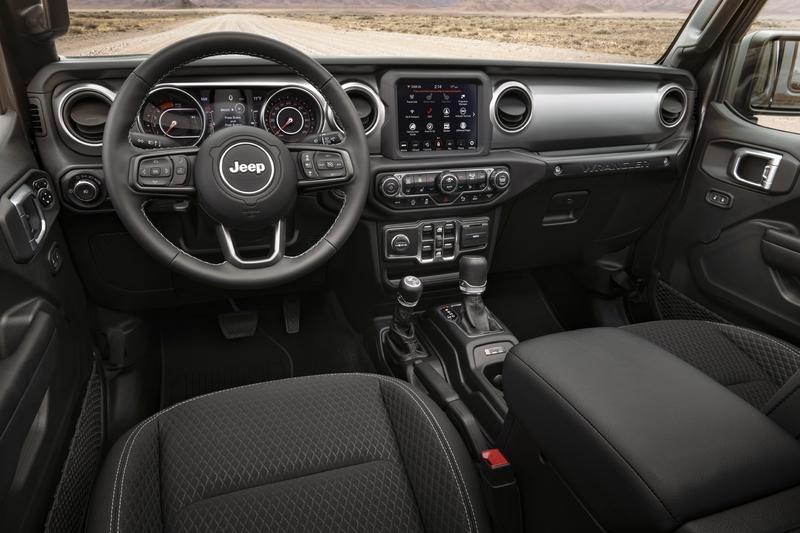 Here’s a full rundown for what you can expect in the Jeep Wrangler 80th Anniversary Edition models in the Sport S trim: 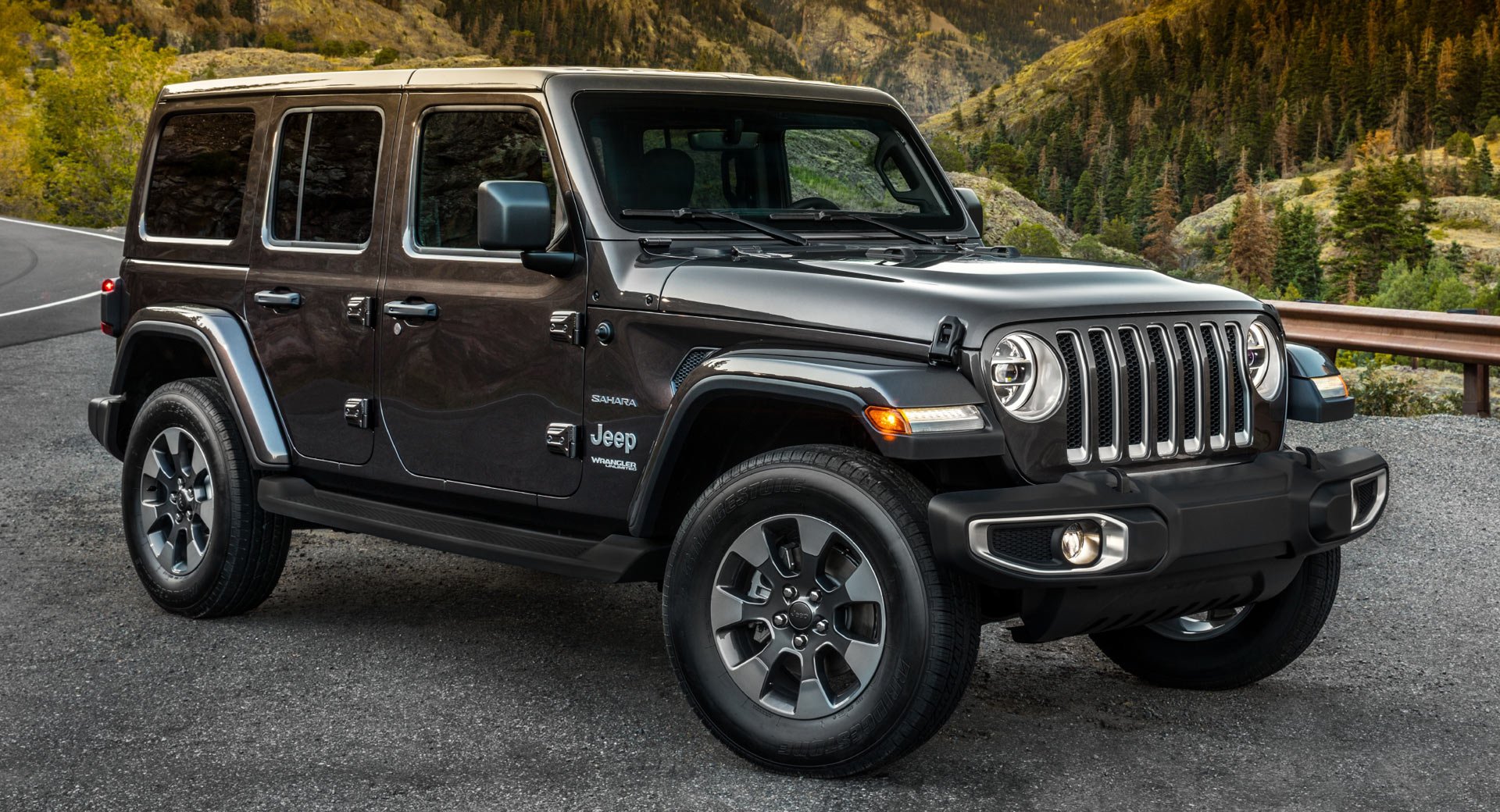 Categories: The More You Know, Know Your Trim