If you need to drive a bunch of people and all their belongings around on a regular basis, there are a number of ways you can go about it these days. However, few vehicles will do the job as well as a minivan, and nothing else comes close to offering the same degree of versatility you get with one of these tried-and-tested family haulers, especially for the price.

So, if you're in the market for one of these practical and versatile vehicles, the

your Toronto Area Dodge Dealership is the only place to start. There are plenty of reasons why the 2016 Dodge Caravan is a standout choice in the segment, but knowing it's been the best-selling minivan in Canada for more than 31 years is a great reason to have it at the top of your shopping list. 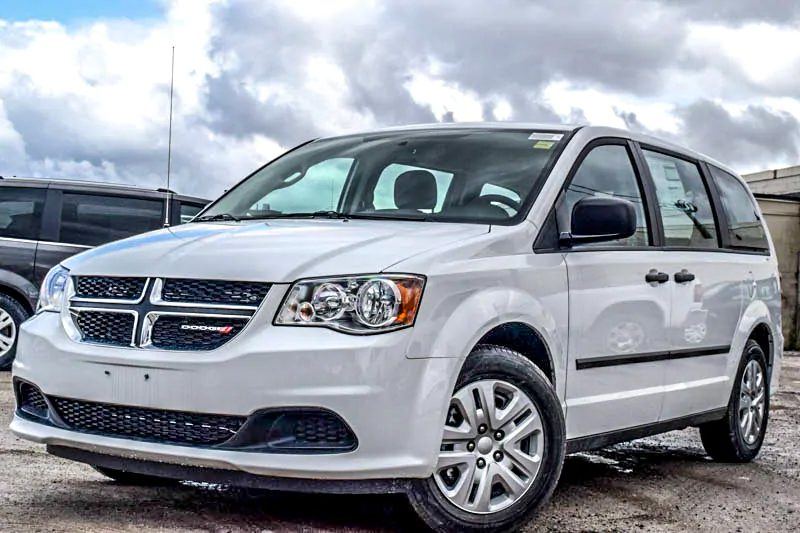 The History of the Grand Caravan

When a man called Lee Iacocca developed the original minivan instead of coming up with yet another mid-sized pickup truck, who knew it would turn out to be such a work of genius? It's a decision that was to change the auto market forever, and probably helped to save its manufacturer when it was first launched back in 1984. The original models might not have been nearly as refined as today's vans, but the generations that followed, and especially the Grand Caravan in 1987, transformed the minivan into a must-have vehicle for countless families. What sets vehicles like the Grand Caravan apart from other types of vehicles is the incredible versatility they offer.

There are so many features to consider when you're ordering a vehicle like the Grand Caravan, an extensive range of engine options would only complicate things. Dodge has kept things nice and simple here as all Grand Caravans come with the same 3.6-litre Pentastar V-6 engine that's mated to a six-speed automatic transmission. It's a 24-valve, dual overhead cam (DOHC) unit with variable valve timing (VVT) that develops 283 horsepower and 260 lb.-ft. of torque, so it's not going to be found wanting even when the vehicle's fully loaded.

Although you'll probably have to go a long way to find someone who buys a minivan purely for its looks, the Dodge Grand Caravan does everything it can to make this incredibly practical and versatile vehicle pleasing on the eye. It's a pretty clean design that's held up well in recent times, and the Dodge crosshair grille is the most recognizable difference between its pragmatic shape and that of its Town & Country sibling. LED taillights are a cue that's shared with the more sporty offerings in the Dodge lineup, and a stylish Blacktop Package is now available on 2016 SXT models to further enhance the aesthetic appeal.

The Interior of the Grand Caravan Shines

The most important aspect of any minivan is its interior, and this is where the Grand Caravan really shows what it's all about. Thanks to its inventive, ultimately flexible and industry-exclusive Super Stow 'n Go seating system, the Grand Caravan has the most useful interior among all minivans. After all, it's hard to argue with a vehicle that can carry seven adults, a full-size sofa, or a generous mix of people and cargo.

Stow 'n Go is a set of fold-away seats in the second row that can be used as regular chairs, or can be tucked away into the floor with the flip of a lever to leave behind a flat load floor. When the captain's chairs are being used, the storage bins can prove to be particularly useful as covered stowage for considerable amounts of cargo, and that's even before you open the liftgate.

The Grand Caravan makes life seriously easy thanks to its power-sliding side doors and power tailgate that provide access to unprecedented levels of flexibility. The Dodge is easily and effortlessly transformed from a seven-seat people hauler to something more akin to a cargo van in moments, and without much of the fuss associated with some more complicated rival systems.

The Grand Caravan can boast an incredible and almost unimaginable 81 different seating configurations for you to select from. Believe it or not, one of those 81 configurations is actually a fishing setting that provides you with somewhere to sit while you sit there waiting for a bite on your line. When all seats are left in place, as well as two big storage bins in front of the middle row and a deep well behind the third, there's a very useful and useable 935 litres of storage space. If you don't need that third row of seating, it's a simple job to stow it away and then you have an even more impressive 2,359 litres of space. If it's one of those occasions where you have something big and awkward to move and nobody needs to sit in the back, you can then make use of the simply massive maximum load space of some 4,072 litres. 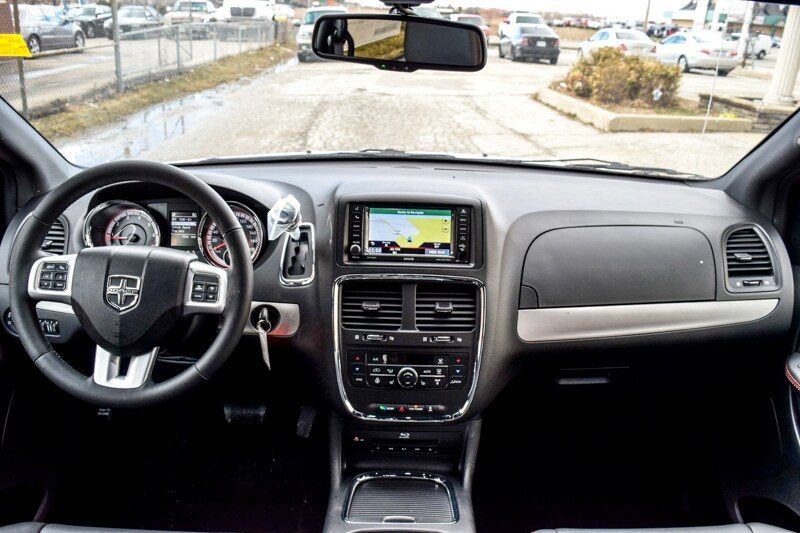 The 2016 Dodge Grand Caravan comes in six different trim levels that should fit just about any lifestyle and budget you care to mention. The lineup starts off with the Canada Value Package (CVP), and then goes up through SXT, SXT Premium Plus, Crew and Crew Plus, and finishes with the range-topping R/T trim. Every version is packed with innovative design and features that make the 2016 Dodge Grand Caravan stand out from the competition.

Such a family-oriented vehicle has to be safe as well as versatile and practical, and the Grand Caravan boasts more than 55 standard and available safety, security and technology features. These include such advanced features as the available ParkView Rear Back-Up Camera, and Park-Sense Rear Park Assist, which has expanded availability for the 2016 model year.

To find out more about the 2016 Dodge Grand Caravan and to book a test drive at our Dodge Dealership where you can check out and browse our current inventory.