The History of the Minivan

Home » The History of the Minivan

The History of the Minivan

As the 2021 Chrysler Pacifica continues to take the automotive world by storm and mark a return to prominence with innovations such as hybrid technology and luxury-class amenities, it seems like a good time to take a look back at the much-storied vehicle style that has had such a massive influence on the way that North Americans drive.

At CarHub we are true car people. That means that our jaws drop equally when we see luxury vehicles and vehicles that just make sense. Let’s face it: the vast majority of us won’t be taking our vehicles on the Autobahn any time so practicality goes a long way towards satisfying our buying decisions. That’s why we’ve always had such a soft spot for the stalwarts of cargo and people moving: the minivan. That’s also why two of our favourite vehicles on the CarHub lots are consistently the Chrysler Grand Caravan and the Chrysler Pacifica and they remain two standouts in the roll call of 2021 best minivans in Canada.

We can get all wispy and emotional in our nostalgia when we think back on minivans throughout the years as well. So many memories of road trips, picnics, and little league games! So how about a jaunt down memory lane with a true game-changer? Let’s take a look back at the history of the minivan.

It’s tough to imagine the world without minivans but in the grand scheme of automobiles, the minivan is a relatively new addition. The minivan launched into the world and sent shockwaves through the car industry a mere 38 years ago and as the story goes, it was a bit of a hail mary attempt for an ailing Chrysler. 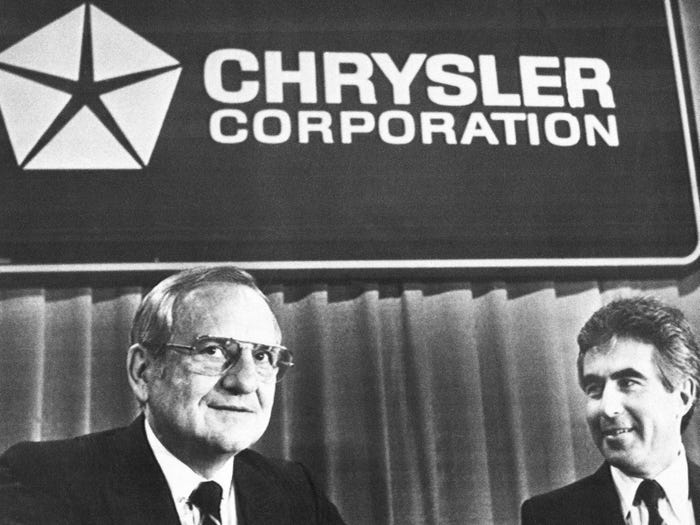 The Minivan to the Rescue

Way back in 1983, Chrysler was facing financial ruin. It was barely surviving off of a $1.5 billion government bailout loan and it needed a miracle and fast. Chrysler was run at the time by two former Ford executives, Lee Iaccoca and Hal Sperlich, both of whom had recently been canned by Ford,  to some extent because Iaccoca especially was pushing the idea of a smaller, more consumer-friendly version of the Ford Econoline van. 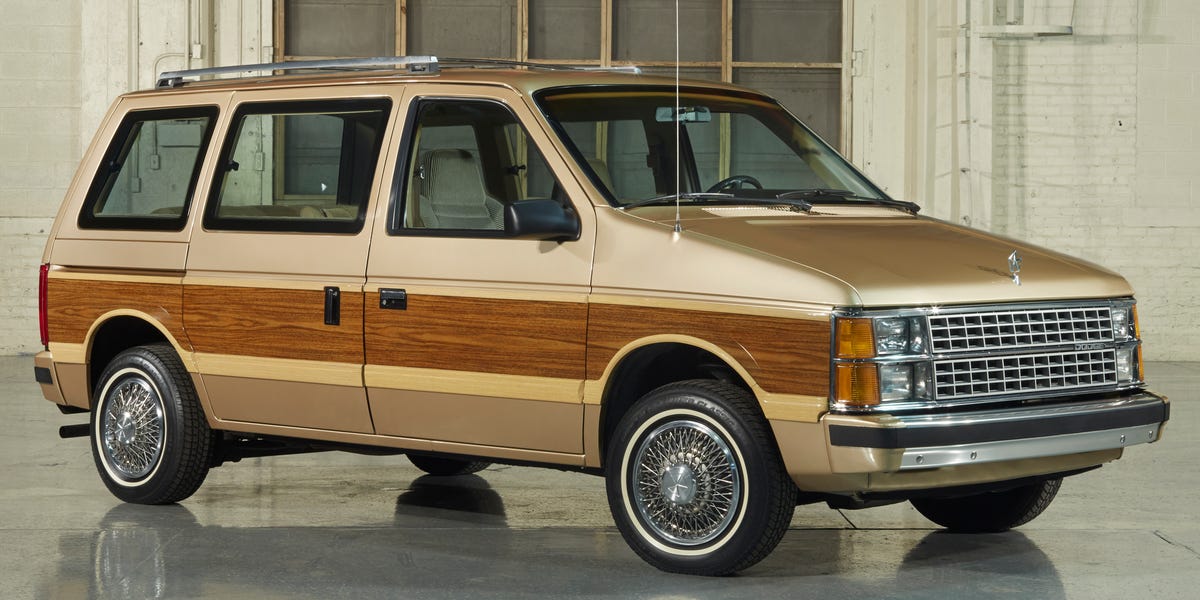 Listen to the People

Ford pushed back on the idea but Iaccoca was steadfast in his belief that the market was ripe for a new style of a family vehicle. And this was backed by market research. The research showed that the American people were interested in a family-style vehicle that would provide three key elements: it had to be low enough for women (or any diminutive person) to be able to comfortably enter and exit the vehicle, its engine placement needed to provide protection in the event of an accident and, possibly most importantly, it needed to be able to fit in a garage. This last aspect is important because it reflected American living standards and amenity desires at the time and creating a car to reflect those desires would prove to be a stroke of genius for Iaccoca and Chrysler.

The team at Chrysler decided that for the project to be a success, the new style of van needed to feel like a car. American people wanted the cargo space and practicality of a van but they didn’t want to feel like they were driving a boat. The Chrysler team hit on a genius solution to this problem when they landed on the idea of building their new style van on a car chassis. Innovative but not outside of the realm of possibility, the team decided to repurpose the K-Car chassis that was used for most Chrysler cars at the time for their new machine. 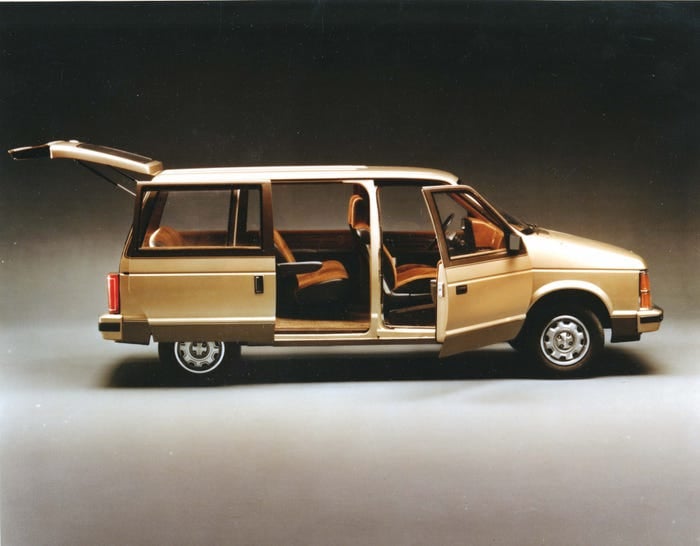 The resulting vehicle was large and spacious on the inside but maintained several attributes that were typical of cars, such as front-wheel drive and an emphasis on the comfort and design of the interior. The resulting prototype was the first vehicle to offer what became known as ‘one-box design’, which was an innovation that was a step away from the typical three-box design of a car, which represented the engine, cabin, and trunk configuration of the car. And best of all, the new van hit the mark with the biggest stated desire of the American public; it fits in a garage.

For all of its innovations, the biggest stand-out innovation on the first iteration of the minivan may be one that we wouldn’t glance twice at today: the sliding door. The sliding door is such a ubiquitous and innocuous part of the minivan that it’s tough to imagine that it needed to be imagined at all. Everything comes from somewhere though and it turns out that this particular innovation was born of practicality. It was seen as safer for children with its lack of hinges and slamming mechanics and it allowed people quick and easy entrance and exit to the vehicle. It was an instant hit with the buying public. 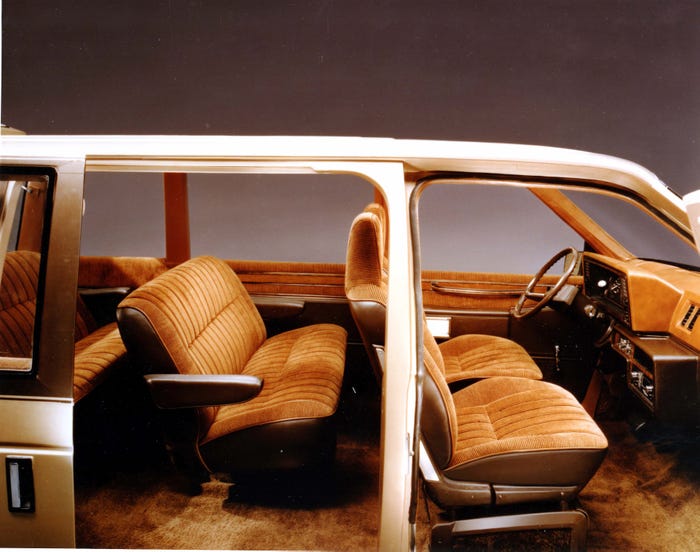 A Star is Born

And so the Dodge Caravan and the Plymouth Voyager were born. The release came to define what we think of as the minivan and every example of the style after it was created in their image. Reviews from the automotive publications were glowing. None of them went so far as to get overly excited about the design of such an unsexy vehicle but all of them praised the minivan for its practicality and innovation. One review from Road and Track stated that the newly released Caravan was “a straightforward, honest vehicle. Honest in the sense that it is designed to be utilitarian. Yet it is clean and pleasant to look at. It doesn’t pretend to be what it’s not.” A prescient statement because that is what consumers still appreciate in the minivan. It’s not a head-turner but it gets the job done and it does it with ease and grace.

It should be mentioned that although the Chrysler minivans provided the mold for all of the minivans that cart our families to soccer practices and grocery stores today, there were earlier examples of kicks at the minivan can. Small vans had been in production in Asia and Europe since the 1950s with varying degrees of success. Everyone’s favourite hippie-mobile, the Volkswagen bus was a prime example but the Stout Scarab was an oddball that attempted to break into the van market and the DKW Schnellaster is often credited as the earliest example of what one may safely call an attempt at creating a minivan. 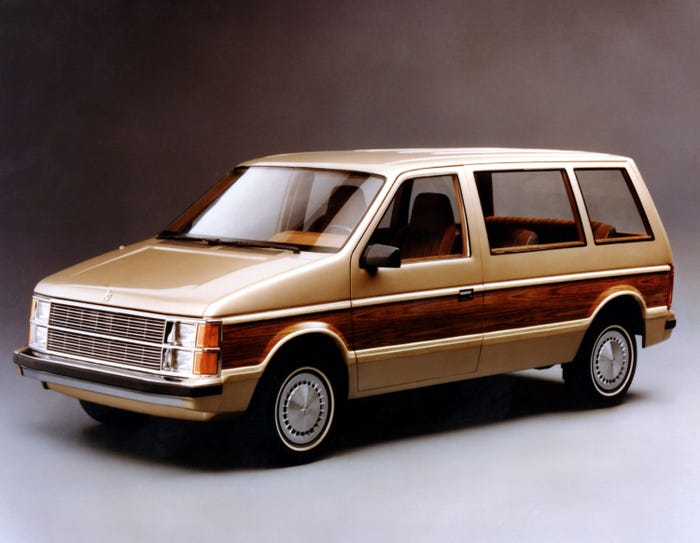 Want to Meet Your Next Mini?

It’s safe, it’s practical, it’s the most reliable family friend next to the dog and it may even be more loyal. It’s the minivan and it’s a regular favourite of CarHub staff and customers alike. Our two biggest sellers, the Dodge Caravan and the Chrysler Pacifica are usually in short supply and it’s neat to think that they can trace their lineage back to the first true minivans introduced to the American market.

Want to check out a Dodge Grand Caravan or a Chrysler Pacifica Pinnacle? You can book an appointment to get a full rundown on our minivan selection with a Product Advisor today!