What's My Car Worth

Home » What's My Car Worth

What's My Car Worth

Everyone knows that when you buy a new car, it loses value over time. A one-year old car isn't worth the same amount as a brand new one. Depreciation can be explained quite simply as the difference between the car resale value when you trade it in or sell it yourself, and the amount you paid for it when you bought it.

It's understandable and not uncommon for owners to imagine their trade-in is worth more than it is, as they often base their estimate on how much they paid for it and how much they think it should be worth. Vehicle depreciation is a fact of life that can't really be avoided, but there are some things that can be done to keep it to a minimum, and there are a number of ways this can be achieved.

One of the best ways to reduce the amount of depreciation is to buy the right vehicle in the first place, but the way you look after your vehicle is also vitally important as poor condition can have a significant impact on its value. There are a lot of factors that determine the resale value of a vehicle, including the make, model, age, condition, amount of kilometres on the odometer, and the service history. Buying a vehicle that is proven to hold its value better than others is a good place to start, but you have to do a little homework as current trends and even the economy can have an effect on what's hot and what's not.

For example, it's hard to ignore the fact that trucks and SUVs are definitely the flavour of the month right now. Not only are they the hottest-sellers in the new market, it's the same story when it comes to pre-owned SUVs models as well. That means their value is holding up especially well at the moment, so we know they will depreciate less than many cars.

A good place to start researching vehicles is the Canadian Black Book, where you can look up your car's current value and even look for a vehicle's projected future value. Another good source is the annual Edmunds.com Best Retained Value Awards, which names the vehicles with highest projected residual values after five years based on their average True Market Value price when sold new. Other equally trustworthy resources are the KBB.com and NADA lists that look at predicted residual values of vehicles after three and five years of typical ownership. 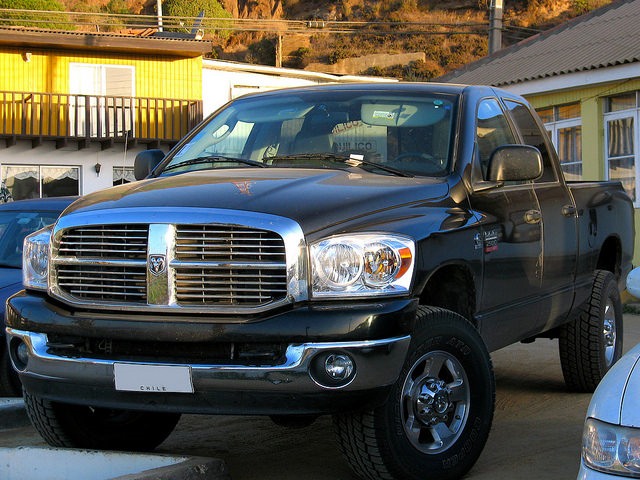 The Edmunds.com list separates vehicles into many individual categories, while KBB.com and NADA produce lists that consider all vehicle types. Whichever list you look at, vehicles that always seem to do particularly well in their segments are the Ram 2500 and 3500, the Dodge Challenger and the Jeep Wrangler.

Just about every list of this type produced has a Ram truck among the best performers. The 3500 makes the 2016 NADA list at number four as it holds 66.1 percent of its original value after five years, while the Ram 2500 was the Edmunds.com winner in its 2016 Heavy Duty Truck category.

The current Challenger is a perennial winner for retained value. In 2015 it was named Best Entry Sports Car by KBB.com, while it's high up on the 2016 NADA list with a very impressive 62 percent of its original value retained after three years.

When it comes to SUVs, the iconic Jeep Wrangler really does take some beating. The Wrangler topped the Midsize Traditional SUV category with Edmunds in 2015, and it retained that award again this year. It also does extremely well on the 2016 KBB.com list as it's predicted to hold 65.6 percent of its value after three years and an equally impressive 54.9 percent after five years.

It would be easy to think you can avoid having to worry about depreciation completely if you lease your new vehicle, and in a way that's true. What your vehicle is worth when the lease comes to an end is of little interest to you as you are not trading it in. However, the depreciation will have already been built into the monthly rental you have been paying. Lease costs reflect expected levels of depreciation that experts are employed to estimate, so you can learn plenty about a given vehicle's ability to hold its value by looking into what it costs to lease. The general rule is that the lower the residual value is expected to be at the end of the lease, the higher its rate of depreciation is and the more expensive the lease will be. If you are looking at two vehicles that both cost the same amount to buy outright but one costs a lot less to lease, the one with the cheaper lease is likely to be the one that experiences the lower depreciation. Even if you're not leasing, comparing vehicle leasing costs is a good way of getting an idea of which models are expected to hold their value better.

A fact that cannot be ignored is that the older a vehicle is, the less it depreciates. The first year is inevitably when the greatest level of depreciation hits, with the average vehicle losing something like 20 percent or more of its original value in that period. Over the first five years of its life, the average vehicle loses around 60 percent of its original value.

Vehicle depreciation is a fact of life and the best we can do is to be smart and do the best we can to minimize the amount its costs us. Start your homework by visiting the Value Your Trade page on our website where you can find out what your current vehicle is worth in trade for a new Chrysler, Jeep, Dodge, Ram or Fiat model.

To learn about the pros and cons of purchasing vs. leasing a vehicle, check out this article on Leasing versus Purchasing.