There’s a reason that Jeep remains one of the most wide-sought after and popular vehicle brands the world over. With a standard for quality that has never wavered and a dedication to innovation that always impresses critics and consumers alike, the Jeep name is a gold standard of envelope-pushing.

It turns out that a return to the past was the right push to kick the Jeep Wrangler 392 into the future. Although Jeep has been producing the iconic Jeep Wrangler with a V6 engine for decades, it’s been a solid 40 years since a V8 model left the Jeep assembly line. Why? Well, that’s been a matter of speculation but everyone knows that Jeep owners love a good mod. To many, that’s the real fun of owning a Jeep! Aftermarket V8-powered Wranglers were a thing but even the die hard modders had to ask: when will Jeep give us a stock V8 Wrangler??

Well, that question has finally been answered. 2021 saw the release of the Jeep Rubicon 392 pushed by a naturally aspirated 6.4-liter Hemi V8 paired with an 8-speed automatic transmission. Hallelujah!

Stellantis fans will have a clear sense of what they’re dealing with here: the big, beefy V8 in the Jeep Wrangler Rubicon 392 is the same beast that is employed in Dodge’s Challenger, Charger and Durango performance models. A versatile SUV paired with the engine of a muscle car? Sounds like a win to us!

Not surprisingly, the configuration of the V8 looks a little bit different in the Wrangler 292 than in other vehicles. The Jeep version gets some considerations that one would expect from a vehicle that may take to water. A  rear-sump oil pan, high-mounted alternator, and a Hydro-Guide intake and some provisions for engine-breathability in the event of submersion. You may think that all of these added elements would bog the Wrangler 392 down. Think again. The hefty V8 is still capable of kicking out 470 hp and 470 lb-ft of torque — this is a Wrangler that means business! Need some proof? The 392 will push you from 0-100kms in just four seconds. That’ll do the trick!

What Else is New?

In comparison to most Jeeps, the most notable difference will be a slight height increase and some re-positioned suspension mounts. There’s also a slight recalibration of the suspension due to account for the weight of the engine. The front is a little stiffer than normal while the rear shocks got a little softer. This won’t do anything to affect the Jeep Wrangler ride that fans love on pavement and dirt alike.

For Dirt and Pavement Alike

Everyone knows that the Jeep Wrangler is a perfect hybrid vehicle, just as prepared for city traffic as it is for the rough and tumble off -road. The 392 doesn’t lose a beat in this regard. The 8-speed automatic transmission is equipped with a Selec-Trac two-speed transfer case, while the remote sway bar, fat off-road tires and front and rear locking diffs will let the 392 perform like a mountain goat on the tough terrain. As an added bonus, the towing capacity is rated for up to 3500 lbs, so you can bring the boat along for your wilderness excursion! 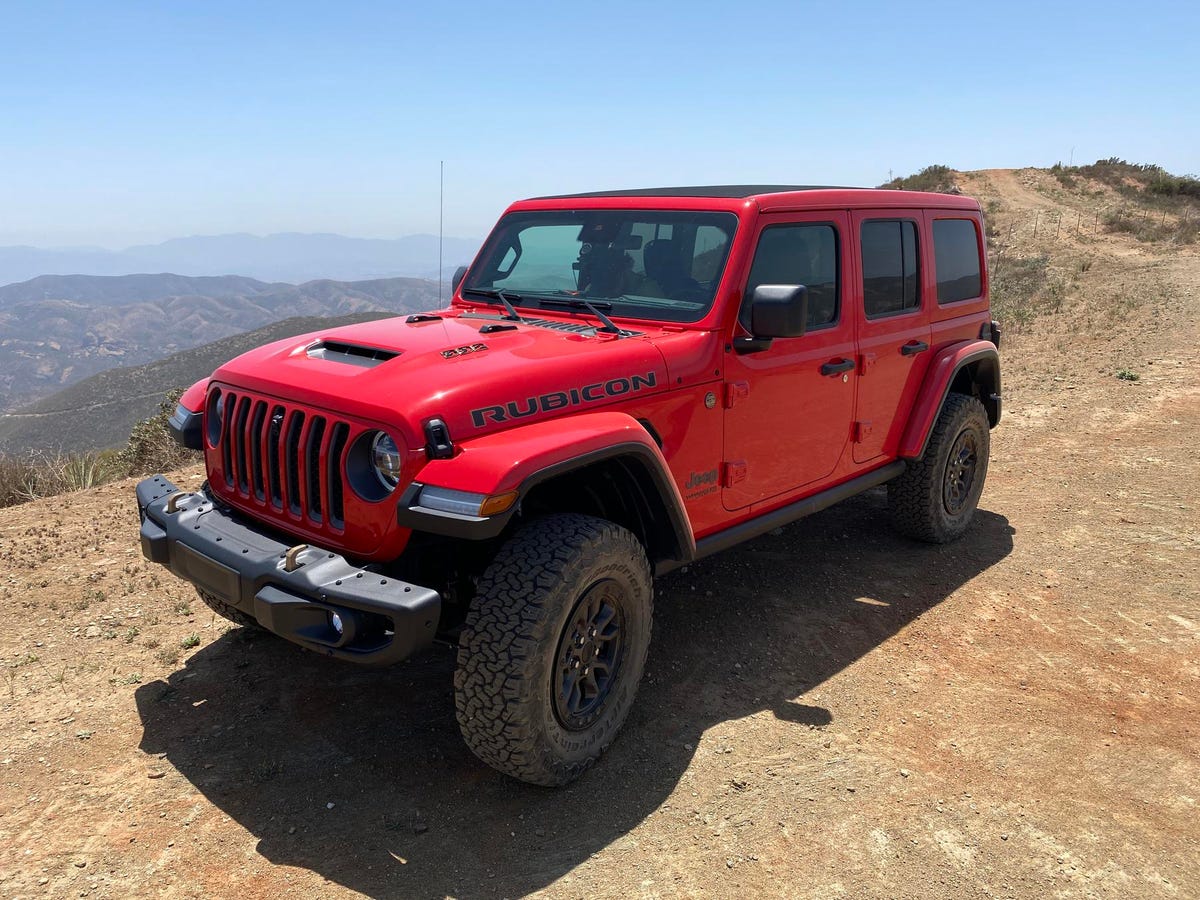 A brief rundown of the goodies to expect from the Jeep Wrangler Rubicon 392: 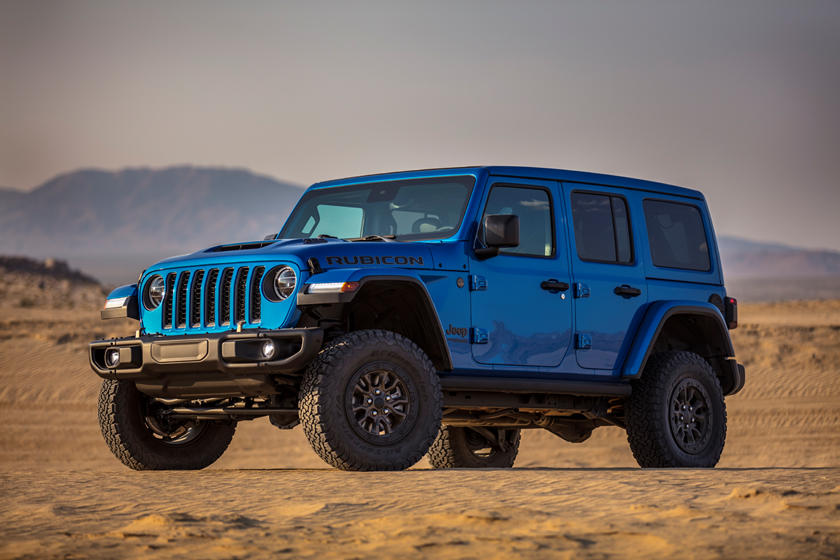 Looking for the rugged toughness and performance that you’ve come to expect from the Jeep Wrangler with a little (ok, maybe a lot) more oomph under the hood? Look no further, your quest for power has come to a close. The Jeep Wrangler Rubicon 392 is here.

Want to learn more about the Jeep Wrangler Rubicon 392? You can stop in at one of our CarHub locations today or book an appointment to have a chat with a friendly, knowledgeable Product Advisor today!